Religion and Race in American History 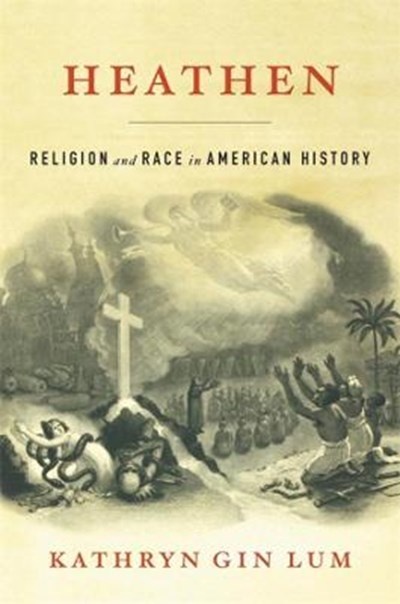 Religion and Race in American History

QTY
Add to Basket
Publisher: Harvard University Press
ISBN: 9780674976771
Number of Pages: 368
Published: 27/05/2022
Width: 15.6 cm
Height: 23.5 cm
Description Author Information Reviews
An innovative history that shows how the religious idea of the heathen in need of salvation undergirds American conceptions of race. If an eighteenth-century parson told you that the difference between "civilization and heathenism is sky-high and star-far," the words would hardly come as a shock. But that statement was written by an American missionary in 1971. In a sweeping historical narrative, Kathryn Gin Lum shows how the idea of the heathen has been maintained from the colonial era to the present in religious and secular discourses-discourses, specifically, of race. Americans long viewed the world as a realm of suffering heathens whose lands and lives needed their intervention to flourish. The term "heathen" fell out of common use by the early 1900s, leading some to imagine that racial categories had replaced religious differences. But the ideas underlying the figure of the heathen did not disappear. Americans still treat large swaths of the world as "other" due to their assumed need for conversion to American ways. Purported heathens have also contributed to the ongoing significance of the concept, promoting solidarity through their opposition to white American Christianity. Gin Lum looks to figures like Chinese American activist Wong Chin Foo and Ihanktonwan Dakota writer Zitkala-Sa, who proudly claimed the label of "heathen" for themselves. Race continues to operate as a heathen inheritance in the United States, animating Americans' sense of being a world apart from an undifferentiated mass of needy, suffering peoples. Heathen thus reveals a key source of American exceptionalism and a prism through which Americans have defined themselves as a progressive and humanitarian nation even as supposed heathens have drawn on the same to counter this national myth.

Kathryn Gin Lum is a historian of religion and race in America and the author of Damned Nation: Hell in America from the Revolution to Reconstruction. Her writing has appeared in the Washington Post, Wall Street Journal, and Christian Century. She is Associate Professor of Religious Studies in collaboration with the Center for Comparative Studies in Race and Ethnicity at Stanford University.