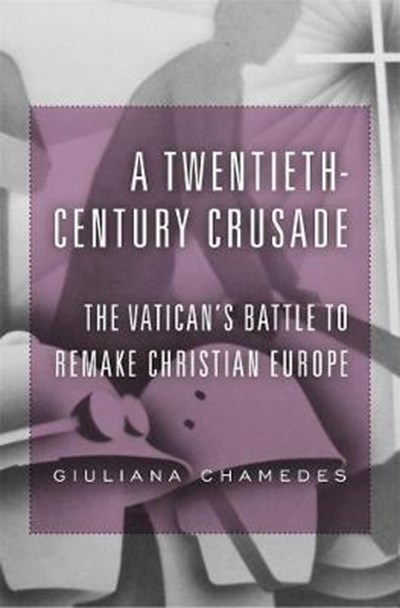 QTY
Add to Basket
Publisher: Harvard University Press
ISBN: 9780674983427
Number of Pages: 440
Published: 28/06/2019
Width: 15.6 cm
Height: 23.5 cm
Description Author Information Reviews
The first comprehensive history of the Vatican's agenda to defeat the forces of secular liberalism and communism through international law, cultural diplomacy, and a marriage of convenience with authoritarian and right-wing rulers. After the United States entered World War I and the Russian Revolution exploded, the Vatican felt threatened by forces eager to reorganize the European international order and cast the Church out of the public sphere. In response, the papacy partnered with fascist and right-wing states as part of a broader crusade that made use of international law and cultural diplomacy to protect European countries from both liberal and socialist taint. A Twentieth-Century Crusade reveals that papal officials opposed Woodrow Wilson's international liberal agenda by pressing governments to sign concordats assuring state protection of the Church in exchange for support from the masses of Catholic citizens. These agreements were implemented in Mussolini's Italy and Hitler's Germany, as well as in countries like Latvia, Lithuania, and Poland. In tandem, the papacy forged a Catholic International-a political and diplomatic foil to the Communist International-which spread a militant anticommunist message through grassroots organizations and new media outlets. It also suppressed Catholic antifascist tendencies, even within the Holy See itself. Following World War II, the Church attempted to mute its role in strengthening fascist states, as it worked to advance its agenda in partnership with Christian Democratic parties and a generation of Cold War warriors. The papal mission came under fire after Vatican II, as Church-state ties weakened and antiliberalism and anticommunism lost their appeal. But-as Giuliana Chamedes shows in her groundbreaking exploration-by this point, the Vatican had already made a lasting mark on Eastern and Western European law, culture, and society.

Giuliana Chamedes is Assistant Professor of History and a faculty affiliate of the Religious Studies Program at the University of Wisconsin-Madison. During a stint as a journalist for ANSA, the Italian news agency based in Rome, she had the opportunity to observe the Vatican closely, and she returned as a scholar to probe its archives.