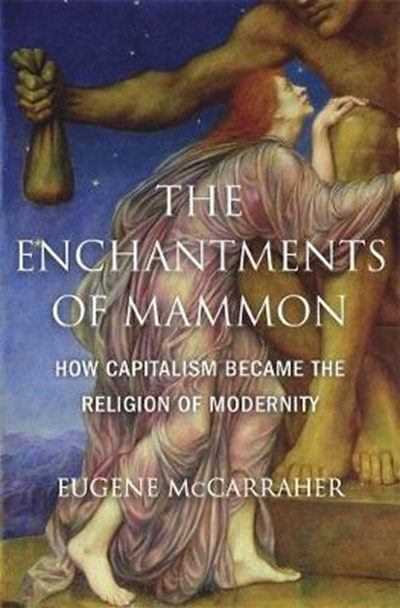 QTY
Add to Basket
Publisher: Harvard University Press
ISBN: 9780674984615
Number of Pages: 816
Published: 29/11/2019
Width: 15.6 cm
Height: 23.5 cm
Description Author Information Reviews
Far from displacing religions, as has been supposed, capitalism became one, with money as its deity. Eugene McCarraher reveals how mammon ensnared us and how we can find a more humane, sacramental way of being in the world. If socialists and Wall Street bankers can agree on anything, it is the extreme rationalism of capital. At least since Max Weber, capitalism has been understood as part of the "disenchantment" of the world, stripping material objects and social relations of their mystery and sacredness. Ignoring the motive force of the spirit, capitalism rejects the awe-inspiring divine for the economics of supply and demand. Eugene McCarraher challenges this conventional view. Capitalism, he argues, is full of sacrament, whether or not it is acknowledged. Capitalist enchantment first flowered in the fields and factories of England and was brought to America by Puritans and evangelicals whose doctrine made ample room for industry and profit. Later, the corporation was mystically animated with human personhood, to preside over the Fordist endeavor to build a heavenly city of mechanized production and communion. By the twenty-first century, capitalism has become thoroughly enchanted by the neoliberal deification of "the market." Informed by cultural history and theology as well as economics, management theory, and marketing, The Enchantments of Mammon looks not to Marx and progressivism but to nineteenth-century Romantics for salvation. The Romantic imagination favors craft, the commons, and sensitivity to natural wonder. It promotes labor that, for the sake of the person, combines reason, creativity, and mutual aid. In this impassioned challenge, McCarraher makes the case that capitalism has hijacked and redirected our intrinsic longing for divinity-and urges us to break its hold on our souls.

Eugene McCarraher is Associate Professor of Humanities at Villanova University and the author of Christian Critics: Religion and the Impasse in Modern American Social Thought. He has written for Dissent and The Nation and contributes regularly to Commonweal, The Hedgehog Review, and Raritan. His work on The Enchantments of Mammon was supported by fellowships from the National Endowment for the Humanities and the American Council of Learned Societies.