The Reformation and the Illiberal Roots of Liberalism 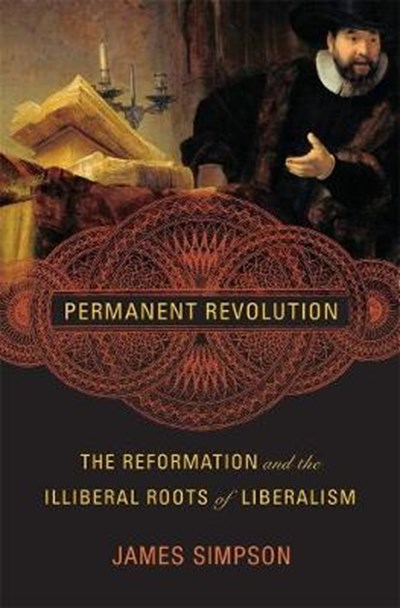 The Reformation and the Illiberal Roots of Liberalism

eBook FAQ
Add to Basket
Publisher: Harvard University Press
ISBN: 9780674987135
Number of Pages: 464
Published: 18/02/2019
Width: 15.6 cm
Height: 23.5 cm
Description Author Information Reviews
How did the Reformation, which initially promoted decidedly illiberal positions, end up laying the groundwork for Western liberalism? The English Reformation began as an evangelical movement driven by an unyielding belief in predestination, intolerance, stringent literalism, political quietism, and destructive iconoclasm. Yet by 1688, this illiberal early modern upheaval would deliver the foundations of liberalism: free will, liberty of conscience, religious toleration, readerly freedom, constitutionalism, and aesthetic liberty. How did a movement with such illiberal beginnings lay the groundwork for the Enlightenment? James Simpson provocatively rewrites the history of liberalism and uncovers its unexpected debt to evangelical religion. Sixteenth-century Protestantism ushered in a culture of permanent revolution, ceaselessly repudiating its own prior forms. Its rejection of tradition was divisive, violent, and unsustainable. The proto-liberalism of the later seventeenth century emerged as a cultural package designed to stabilize the social chaos brought about by this evangelical revolution. A brilliant assault on many of our deepest assumptions, Permanent Revolution argues that far from being driven by a new strain of secular philosophy, the British Enlightenment is a story of transformation and reversal of the Protestant tradition from within. The gains of liberalism were the unintended results of the violent early Reformation. Today those gains are increasingly under threat, in part because liberals do not understand their own history. They fail to grasp that liberalism is less the secular opponent of religious fundamentalism than its dissident younger sibling, uncertain how to confront its older evangelical competitor.

James Simpson is a renowned scholar of the English Middle Ages and the Reformation. He is the Donald P. and Katherine B. Loker Professor of English at Harvard University, and the author of many books, including the critically acclaimed Burning to Read.