Decolonization and the Transformation of the Church 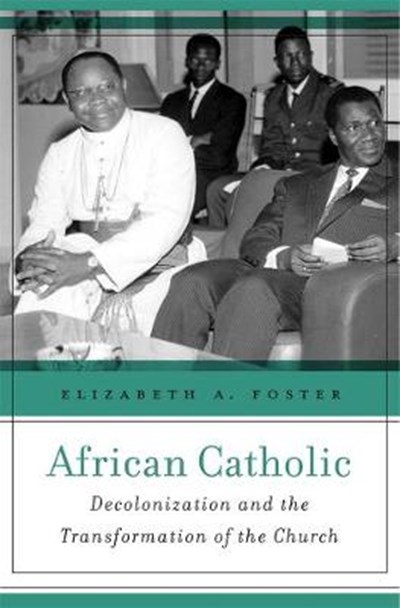 Decolonization and the Transformation of the Church

QTY
Add to Basket
Publisher: Harvard University Press
ISBN: 9780674987661
Number of Pages: 384
Published: 29/03/2019
Width: 15.6 cm
Height: 23.5 cm
Description Author Information Reviews
Winner of the John Gilmary Shea Prize A groundbreaking history of how Africans in the French Empire embraced both African independence and their Catholic faith during the upheaval of decolonization, leading to a fundamental reorientation of the Catholic Church. African Catholic examines how French imperialists and the Africans they ruled imagined the religious future of French sub-Saharan Africa in the years just before and after decolonization. The story encompasses the political transition to independence, Catholic contributions to black intellectual currents, and efforts to alter the church hierarchy to create an authentically "African" church. Elizabeth Foster recreates a Franco-African world forged by conquest, colonization, missions, and conversions-one that still exists today. We meet missionaries in Africa and their superiors in France, African Catholic students abroad destined to become leaders in their home countries, African Catholic intellectuals and young clergymen, along with French and African lay activists. All of these men and women were preoccupied with the future of France's colonies, the place of Catholicism in a postcolonial Africa, and the struggle over their personal loyalties to the Vatican, France, and the new African states. Having served as the nuncio to France and the Vatican's liaison to UNESCO in the 1950s, Pope John XXIII understood as few others did the central questions that arose in the postwar Franco-African Catholic world. Was the church truly universal? Was Catholicism a conservative pillar of order or a force to liberate subjugated and exploited peoples? Could the church change with the times? He was thinking of Africa on the eve of Vatican II, declaring in a radio address shortly before the council opened, "Vis-a-vis the underdeveloped countries, the church presents itself as it is and as it wants to be: the church of all."

Elizabeth A. Foster is the author of Faith in Empire: Religion, Politics, and Colonial Rule in French Senegal, 1880-1940, which won the Alf Andrew Heggoy Book Prize from the French Colonial Historical Society. An Associate Professor of History at Tufts University, she has been a Visiting Scholar at Harvard's Center for European Studies and has received Fulbright, ACLS, and NEH Fellowships.