An Essay Comparing Trent, Vatican I, and Vatican II 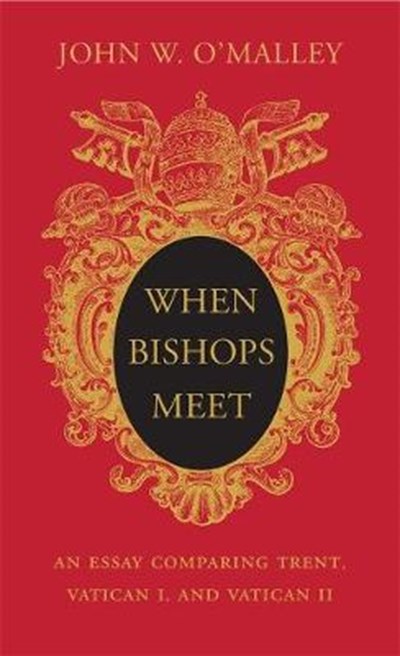 An Essay Comparing Trent, Vatican I, and Vatican II

QTY
Add to Basket
Publisher: Harvard University Press
ISBN: 9780674988415
Number of Pages: 240
Published: 27/09/2019
Width: 11.1 cm
Height: 18.1 cm
Description Author Information Reviews
From one of our foremost church historians comes an overarching analysis of the three modern Catholic councils-an assessment of what Catholicism was and has become today. Catholic councils are meetings of bishops. In this unprecedented comparison of the three most recent meetings, John O'Malley traverses more than 450 years of Catholic history and examines the councils' most pressing and consistent concerns: questions of purpose, power, and relevance in a changing world. By offering new, sometimes radical, even troubling perspectives on these convocations, When Bishops Meet analyzes the evolution of the church itself. The Catholic Church today is shaped by the historical arc starting from Trent in the sixteenth century to Vatican II. The roles of popes, the laity, theologians, and others have varied from the bishop-centered Trent, to Vatican I's declaration of papal infallibility, to a new balance of power in the mid-twentieth century. At Trent, lay people had direct influence on proceedings. By Vatican II, their presence was token. At each gathering, fundamental issues recurred: the relationship between bishops and the papacy, the very purpose of a council, and doctrinal change. Can the teachings of the church, by definition a conservative institution, change over time? Councils, being ecclesiastical as well as cultural institutions, have always reflected and profoundly influenced their times. Readers familiar with John O'Malley's earlier work as well as those with no knowledge of councils will find this volume an indispensable guide for essential questions: Who is in charge of the church? What difference did the councils make, and will there be another?