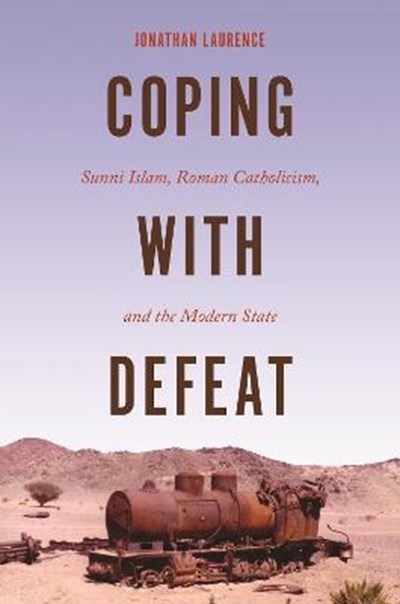 QTY
Add to Basket
Publisher: Princeton University Press
ISBN: 9780691172125
Number of Pages: 606
Published: 22/06/2021
Width: 15.5 cm
Height: 23.5 cm
Description Author Information Reviews
The surprising similarities in the rise and fall of the Sunni Islamic and Roman Catholic empires in the face of the modern state Coping with Defeat presents a historical panorama of the Islamic and Catholic political-religious empires and exposes striking parallels in their relationship with the modern state. Drawing on interviews, site visits, and archival research in Turkey, North Africa, and Western Europe, Jonathan Laurence demonstrates how, over hundreds of years, both Sunni and Catholic authorities experienced three major shocks and displacements-religious reformation, the rise of the nation-state, and mass migration. As a result, Catholic institutions eventually accepted the state's political jurisdiction and embraced transnational spiritual leadership as their central mission. Laurence reveals an analogous process unfolding across the Sunni Muslim world in the twenty-first century. Identifying institutional patterns before and after political collapse, Laurence shows how centralized religious communities relinquish power at different rates and times. Whereas early Christianity and Islam were characterized by missionary expansion, religious institutions forged in the modern era are primarily defensive in nature. They respond to the simple but overlooked imperative to adapt to political defeat while fighting off ideological challenges to their spiritual authority. Among Laurence's findings is that the disestablishment of Islam-the doing away with Islamic affairs ministries in the Muslim world-would harm, not help with, reconciliation to the rule of law. Examining upheavals in geography, politics, and demography, Coping with Defeat considers how centralized religions make peace with the loss of prestige.

Jonathan Laurence is professor of political science and director of the Clough Center for Constitutional Democracy at Boston College. He is the author of The Emancipation of Europe's Muslims (Princeton) and his work has appeared in such venues as the New York Times and The Economist. Twitter @jonathanlauren6