Religion, Media, and the American Landscape 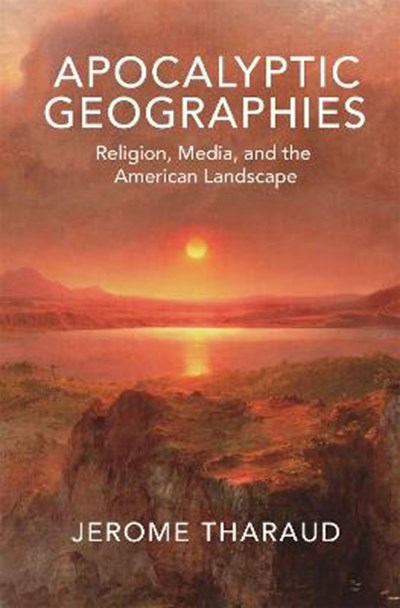 Religion, Media, and the American Landscape

eBook FAQ
Add to Basket
Publisher: Princeton University Press
ISBN: 9780691200101
Number of Pages: 360
Published: 13/10/2020
Width: 15.6 cm
Height: 23.5 cm
Description Author Information Reviews
How nineteenth-century Protestant evangelicals used print and visual media to shape American culture In nineteenth-century America, "apocalypse" referred not to the end of the world but to sacred revelation, and "geography" meant both the physical landscape and its representation in printed maps, atlases, and pictures. In Apocalyptic Geographies, Jerome Tharaud explores how white Protestant evangelicals used print and visual media to present the antebellum landscape as a "sacred space" of spiritual pilgrimage, and how devotional literature influenced secular society in important and surprising ways. Reading across genres and media-including religious tracts and landscape paintings, domestic fiction and missionary memoirs, slave narratives and moving panoramas-Apocalyptic Geographies illuminates intersections of popular culture, the physical spaces of an expanding and urbanizing nation, and the spiritual narratives that ordinary Americans used to orient their lives. Placing works of literature and visual art-from Thomas Cole's The Oxbow to Harriet Beecher Stowe's Uncle Tom's Cabin and Henry David Thoreau's Walden-into new contexts, Tharaud traces the rise of evangelical media, the controversy and backlash it engendered, and the role it played in shaping American modernity.

Jerome Tharaud is assistant professor of English at Brandeis University.