To Cast the First Stone

The Transmission of a Gospel Story 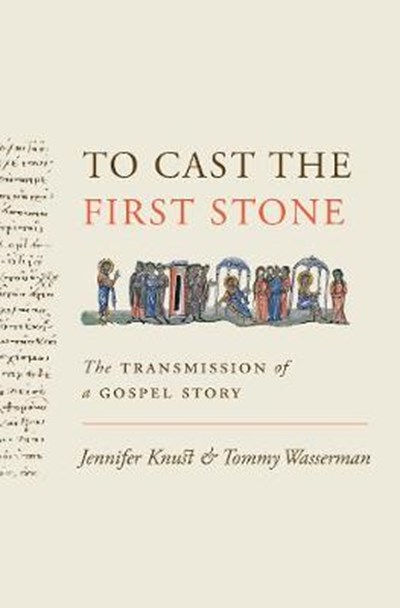 To Cast the First Stone

The Transmission of a Gospel Story

eBook FAQ
Add to Basket
Publisher: Princeton University Press
ISBN: 9780691203126
Number of Pages: 464
Published: 14/01/2020
Width: 15.6 cm
Height: 23.5 cm
Description Author Information Reviews
The story of the woman taken in adultery features a dramatic confrontation between Jesus and the Pharisees over whether the adulteress should be stoned as the law commands. In response, Jesus famously states, "Let him who is without sin be the first to throw a stone at her." To Cast the First Stone traces the history of this provocative story from its first appearance to its enduring presence today. Likely added to the Gospel of John in the third century, the passage is often held up by modern critics as an example of textual corruption by early Christian scribes and editors, yet a judgment of corruption obscures the warm embrace the story actually received. Jennifer Knust and Tommy Wasserman trace the story's incorporation into Gospel books, liturgical practices, storytelling, and art, overturning the mistaken perception that it was either peripheral or suppressed, even in the Greek East. The authors also explore the story's many different meanings. Taken as an illustration of the expansiveness of Christ's mercy, the purported superiority of Christians over Jews, the necessity of penance, and more, this vivid episode has invited any number of creative receptions. This history reveals as much about the changing priorities of audiences, scribes, editors, and scholars as it does about an "original" text of John. To Cast the First Stone calls attention to significant shifts in Christian book cultures and the enduring impact of oral tradition on the preservation-and destabilization-of scripture.

Jennifer Knust is associate professor of New Testament and Christian origins at Boston University. Her books include Unprotected Texts: The Bible's Surprising Contradictions about Sex and Desire. Tommy Wasserman is professor of Biblical studies at Ansgar Teologiske Hogskole in Norway. His books include The Epistle of Jude: Its Text and Transmission.