Religious Violence and the Making of the Muslim World 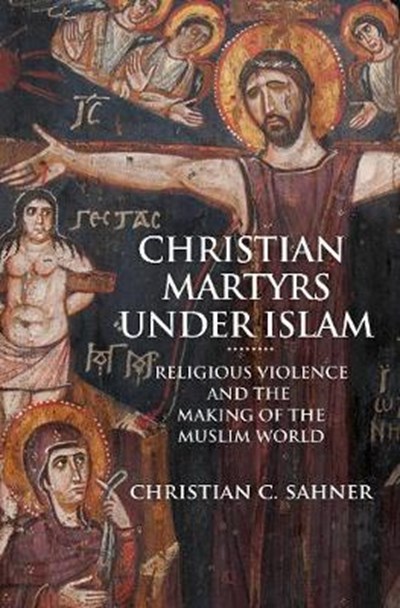 Religious Violence and the Making of the Muslim World

eBook FAQ
Add to Basket
Publisher: Princeton University Press
ISBN: 9780691203133
Number of Pages: 360
Published: 31/03/2020
Width: 15.6 cm
Height: 23.5 cm
Description Author Information Reviews
A look at the developing conflicts in Christian-Muslim relations during late antiquity and the early Islamic era How did the medieval Middle East transform from a majority-Christian world to a majority-Muslim world, and what role did violence play in this process? Christian Martyrs under Islam explains how Christians across the early Islamic caliphate slowly converted to the faith of the Arab conquerors and how small groups of individuals rejected this faith through dramatic acts of resistance, including apostasy and blasphemy. Using previously untapped sources in a range of Middle Eastern languages, Christian Sahner introduces an unknown group of martyrs who were executed at the hands of Muslim officials between the seventh and ninth centuries CE. Found in places as diverse as Syria, Spain, Egypt, and Armenia, they include an alleged descendant of Muhammad who converted to Christianity, high-ranking Christian secretaries of the Muslim state who viciously insulted the Prophet, and the children of mixed marriages between Muslims and Christians. Sahner argues that Christians never experienced systematic persecution under the early caliphs, and indeed, they remained the largest portion of the population in the greater Middle East for centuries after the Arab conquest. Still, episodes of ferocious violence contributed to the spread of Islam within Christian societies, and memories of this bloodshed played a key role in shaping Christian identity in the new Islamic empire. Christian Martyrs under Islam examines how violence against Christians ended the age of porous religious boundaries and laid the foundations for more antagonistic Muslim-Christian relations in the centuries to come.

Christian C. Sahner is associate professor of Islamic history at the University of Oxford and a fellow of St Cross College. He is the author of Among the Ruins: Syria Past and Present.