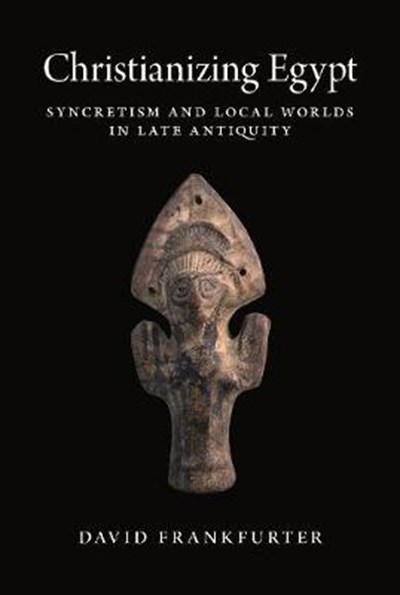 eBook FAQ
Add to Basket
Publisher: Princeton University Press
ISBN: 9780691216782
Number of Pages: 336
Published: 08/06/2021
Width: 15.6 cm
Height: 23.5 cm
Description Author Information Reviews
How does a culture become Christian, especially one that is heir to such ancient traditions and spectacular monuments as Egypt? This book offers a new model for envisioning the process of Christianization by looking at the construction of Christianity in the various social and creative worlds active in Egyptian culture during late antiquity. As David Frankfurter shows, members of these different social and creative worlds came to create different forms of Christianity according to their specific interests, their traditional idioms, and their sense of what the religion could offer. Reintroducing the term "syncretism" for the inevitable and continuous process by which a religion is acculturated, the book addresses the various formations of Egyptian Christianity that developed in the domestic sphere, the worlds of holy men and saints' shrines, the work of craftsmen and artisans, the culture of monastic scribes, and the reimagination of the landscape itself, through processions, architecture, and the potent remains of the past. Drawing on sermons and magical texts, saints' lives and figurines, letters and amulets, and comparisons with Christianization elsewhere in the Roman empire and beyond, Christianizing Egypt reconceives religious change-from the "conversion" of hearts and minds to the selective incorporation and application of strategies for protection, authority, and efficacy, and for imagining the environment.

David Frankfurter is professor of religion at Boston University and a scholar of early Christianity whose specialties include apocalyptic literature, magical texts, demonology, popular religion, and Egypt in the Roman and late antique periods. He is the author of Religion in Roman Egypt: Assimilation and Resistance and Evil Incarnate: Rumors of Demonic Conspiracy and Satanic Abuse in History (both Princeton). Each won an Award for Excellence in the Study of Religion from the American Academy of Religion.