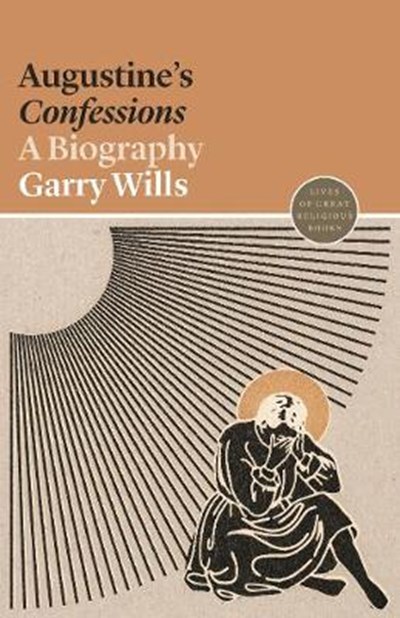 eBook FAQ
Add to Basket
Publisher: Princeton University Press
ISBN: 9780691217642
Number of Pages: 176
Published: 27/07/2021
Width: 14 cm
Height: 21.6 cm
Description Author Information Reviews
From Pulitzer Prize-winner Garry Wills, the story of Augustine's Confessions In this brief and incisive book, Pulitzer Prize-winning historian Garry Wills tells the story of the Confessions--what motivated Augustine to dictate it, how it asks to be read, and the many ways it has been misread in the one-and-a-half millennia since it was composed. Following Wills's biography of Augustine and his translation of the Confessions, this is an unparalleled introduction to one of the most important books in the Christian and Western traditions. Understandably fascinated by the story of Augustine's life, modern readers have largely succumbed to the temptation to read the Confessions as autobiography. But, Wills argues, this is a mistake. The book is not autobiography but rather a long prayer, suffused with the language of Scripture and addressed to God, not man. Augustine tells the story of his life not for its own significance but in order to discern how, as a drama of sin and salvation leading to God, it fits into sacred history. "We have to read Augustine as we do Dante," Wills writes, "alert to rich layer upon layer of Scriptural and theological symbolism." Wills also addresses the long afterlife of the book, from controversy in its own time and relative neglect during the Middle Ages to a renewed prominence beginning in the fourteenth century and persisting to today, when the Confessions has become an object of interest not just for Christians but also historians, philosophers, psychiatrists, and literary critics. With unmatched clarity and skill, Wills strips away the centuries of misunderstanding that have accumulated around Augustine's spiritual classic.

Garry Wills is the bestselling author of many books on religion and American history, including the Pulitzer Prize-winning Lincoln at Gettysburg, a biography of Augustine, and a translation of Augustine's Confessions.