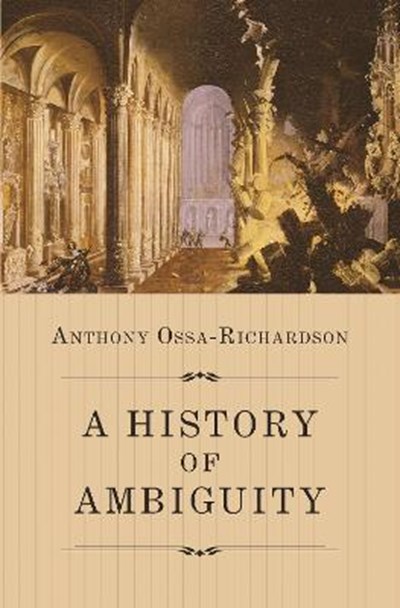 eBook FAQ
Add to Basket
Publisher: Princeton University Press
ISBN: 9780691228440
Number of Pages: 488
Published: 14/12/2021
Width: 15.6 cm
Height: 23.5 cm
Description Author Information Reviews
Ever since it was first published in 1930, William Empson's Seven Types of Ambiguity has been perceived as a milestone in literary criticism-far from being an impediment to communication, ambiguity now seemed an index of poetic richness and expressive power. Little, however, has been written on the broader trajectory of Western thought about ambiguity before Empson; as a result, the nature of his innovation has been poorly understood. A History of Ambiguity remedies this omission. Starting with classical grammar and rhetoric, and moving on to moral theology, law, biblical exegesis, German philosophy, and literary criticism, Anthony Ossa-Richardson explores the many ways in which readers and theorists posited, denied, conceptualised, and argued over the existence of multiple meanings in texts between antiquity and the twentieth century. This process took on a variety of interconnected forms, from the Renaissance delight in the 'elegance' of ambiguities in Horace, through the extraordinary Catholic claim that Scripture could contain multiple literal-and not just allegorical-senses, to the theory of dramatic irony developed in the nineteenth century, a theory intertwined with discoveries of the double meanings in Greek tragedy. Such narratives are not merely of antiquarian interest: rather, they provide an insight into the foundations of modern criticism, revealing deep resonances between acts of interpretation in disparate eras and contexts. A History of Ambiguity lays bare the long tradition of efforts to liberate language, and even a poet's intention, from the strictures of a single meaning.

Anthony Ossa-Richardson is lecturer in English literature at the University of Southampton. He is the author of The Devil's Tabernacle: The Pagan Oracles in Early Modern Thought (Princeton).