Culture and the Nonconformist Tradition 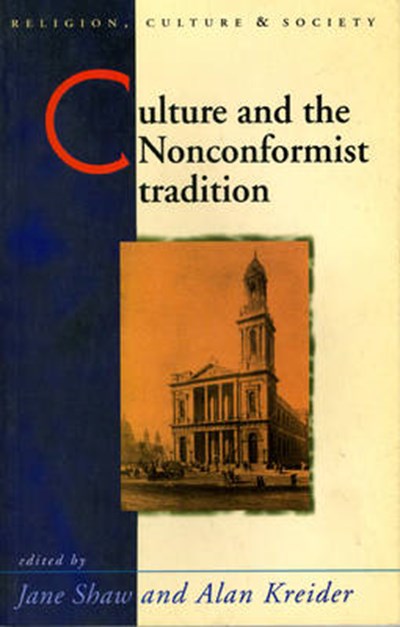 Culture and the Nonconformist Tradition

Publisher: University of Wales Press
ISBN: 9780708315187
Number of Pages: 192
Published: 30/04/1999
Width: 13.5 cm
Height: 21.6 cm
Description Author Information Reviews
The interaction between Christianity and 'the world' has always been paradoxical, and this stimulating book, which contains contributions by seven authors, argues that the nonconformist tradition in Britain is a particularly illuminating example of how this paradox has expressed itself in the relationship of Christianity and 'culture'. The essays consider the development of chapel culture and the differences between the various nonconformist denominations, and between them and religious dissenters in other countries. They also examine the interaction between nonconformist culture and the culture of 'the world', in particular in relation to political, economic and gender history. There is discussion of a whole range of subjects, such as the emergence of the nonconformist conscience, the contribution of women writers to provincial nonconformity and the architecture of the free churches. This fascinating and varied collection of essays is an example of the insights which a study of denominational history can offer to other branches of historical research. It also addresses a problem which still confronts churches in Britain at the close of the twentieth century: the relationship of Christianity to 'the world'. The book is written by the foremost scholars in British religious history.

Alan Kreider is former Director of the Centre for the Study of Christianity and Culture, Regent's Park College, Oxford. Jane Alison Shaw is a British historian and Anglican priest. She is Professor of Religious Studies and Dean for Religious Life at Stanford University.