In Pursuit of a Welsh Episcopate 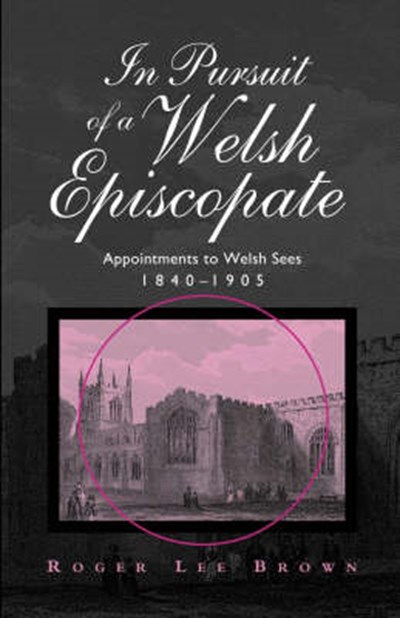 In Pursuit of a Welsh Episcopate

QTY
Add to Basket
Publisher: University of Wales Press
ISBN: 9780708319390
Number of Pages: 400
Published: 17/06/2005
Width: 13.8 cm
Height: 21.6 cm
Description Author Information Reviews
Examines and analyses the failure of the established Church in 19th-century Wales to retain the allegiance of the Welsh by appointing English speaking Anglo-Welsh bishops who failed to understand the character and spirituality of the Welsh. As a result, there was a demand for the appointment of Welsh-speakers as bishops for the four Welsh sees.

Roger Lee Brown has served in the ministry of the Church in Wales since 1968. Currently he is a vicar of Welshpool and a cursal canon of St Asaph Cathedral. In addition he is an honorary fellow of the Centre for the Advanced Study of Religion in Wales at the University of Wales, Bangor, and a Fellow of the Society of Antiquaries. A former joint editor of the Journal of Welsh Religious History, he has written a number of books on nineteenth-century Welsh church history, including The Welsh Evangelicals; David Howell: A Pool of Spirituality; Parochial Lives; Ten Clerical Lives and Reclaiming the Wilderness, while he edited The Letter Books of Edward Copleston, Bishop of Llandaff for the South Wales Record Society.

'This book is likely to interest a far wider readership than Welsh people or ecclesiastical historians. The author, a busy parish priest as well as a distinguished academic, describes with skill and verve the many issues with which successive premiers had to come to grips...It makes for an enthralling ,if sometimes unedifying, narrative'. Church Times '... fascinating reading... an excellent study of the issues facing the Welsh Church in the nineteenth century. It adds to our understanding of the issues relating to Church patronage in the period and will be an indispensable book for students of the modern Church in Wales'. Archive '...excellent study ...thoughtful and meticulously documented...another fine addition to the current series promoted by the Centre for the Advanced Study of Religion in Wales, at the University of Wales, Bangor'. Ecclesiastical History