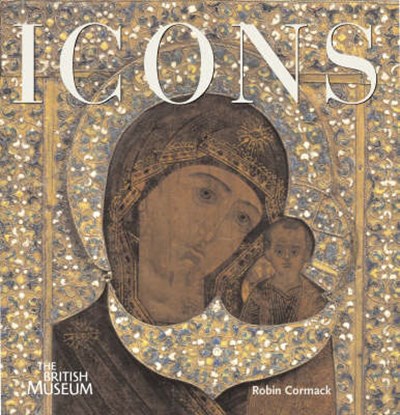 QTY
Add to Basket
Publisher: British Museum Press
ISBN: 9780714126555
Published: 28/08/2007
Description Author Information Reviews
When Matisse thus expressed his admiration for icons, upon a visit to Russia in 1911, he echoed the sentiments of viewers down the centuries. These painted panels made for Byzantine and Orthodox churches and as aids to prayers at home are perhaps the most effective and enduring form of religious art ever developed, and also perhaps one of the most mysterious. The peaceful, clear imagery found within them can be appreciated on both a religious and a secular level. This engaging book looks at icons in the context of the history of Christianity, examining all aspects of the production and power of this distinctive art form. Through numerous colour illustrations, it investigates their subject matter, showing how scenes can be identified, how the iconography developed over the centuries, and the role of portraiture. The ways in which icons were made, framed and displayed are also explored, based on an analysis of examples from the British Museum that have been carefully studied by restorers. The Museums entire collection of around 100 icons, unmatched in Britain, is illustrated here in colour.

Robin Cormack has been a faculty member of the University of London since 1966, and has taught courses in Classical art, Byzantine art and Russian art. He retired from the Courtauld in September 2004, and became Leverhulme Emeritus Research Fellow at the Courtauld. He is currently finishing a book on Classicism and World Art for Reaktion books and is an editor for the Oxford Handbook of Byzantine Studies. His numerous publications include Byzantine Art (OUP).

"'They are really great art. I am in love with their moving simplicity which, to me, is closer and dearer than Fra Angelico. In these icons the soul of the artist who painted them opens out like a mystical flower. And from them we ought to learn how to understand art.' Henri Matisse"