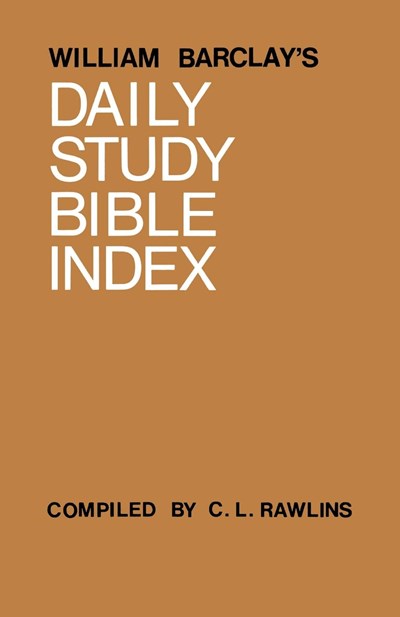 Join now Find out more
Publisher: St Andrew Press
ISBN: 9780715203781
Published: 12/10/1978
Description Author Information Reviews
THE DAILY STUDY BIBLE does not need an introduction. Having sold in excess of five million copies. it is known throughout the world precisely for what it is: a daily study Bible. This INDEX is an aid to its greater use. By means of a six-fold division (of Old Testament references; of New Testament references; of Subjects and Places; of Personal Names; of Foreign Words, Terms and Places; and of Ancient Writings) the reader is enabled to explore further the ideas. opinions and subjects-as well as the sources-used in the individual parts of the series.