Muslim-Christian Relations in the Modern World 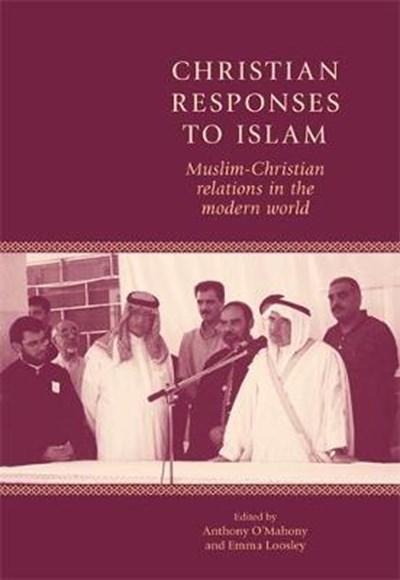 Muslim-Christian Relations in the Modern World

QTY
Add to Basket
Publisher: Manchester University Press
ISBN: 9780719076879
Number of Pages: 256
Published: 01/09/2008
Width: 15.6 cm
Height: 23.4 cm
Description Author Information Reviews
In the aftermath of 9/11 there has been much talk of a need to engage on a meaningful level with Islam, but where do we begin and what is the right approach? This book looks at case studies from around the world in order to explore how Christian groups, sometimes as minorities and sometimes as the majority, engage with their Muslim neighbours in the search for a peaceful society. Some of the initiatives are politically motivated, others run by Church authorities and a number are community based, but all offer different approaches to a variety of situations that are encountered in Christian-Islamic dialogue. This is the first time that global strategies for dialogue have been published in one book by a series of leading academics. Whilst previous publications have concentrated on a particular geographical area, usually the Middle East or Europe, this book casts a wider net and considers issues such as the rise of radical Islam in post-Soviet states, Indonesian immigration in Australia and the spread of Islam amongst the Black South Africans after the fall of apartheid. -- .

Anthony O'Mahony is Director of the Centre for Christianity and Interreligious Dialogue at Heythrop College, University of London. Emma Loosley is Lecturer in Oriental Christian and Islamic Art at the University of Manchester -- .