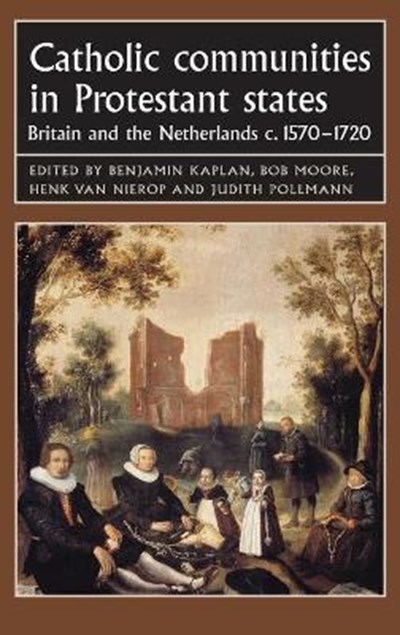 QTY
Add to Basket
Publisher: Manchester University Press
ISBN: 9780719079061
Number of Pages: 288
Published: 01/02/2009
Width: 15.6 cm
Height: 23.4 cm
Description Author Information Reviews
This volume compares the position of Catholic minorities in England and the Dutch Republic. Looking beyond the tales of persecution that have dominated traditional historiography, the contributors focus on the realities of Catholic existence. Thematically organised, the book explores Catholicism as a minority culture that resorted to unorthodox means, both to retain its own identity, and to survive in a hostile political environment. It examines ritual, material culture, international networks, and above all relations: between laity and clergy, men and women, Catholics and Protestants By highlighting differences as well as similarities between the English and Dutch experiences, Catholic communities in Protestant states will help both undergraduate readers and specialists to rethink the history of Catholicism and the consequences of minority status for religious communities. -- .