From Federal Theology to Modern Federalism 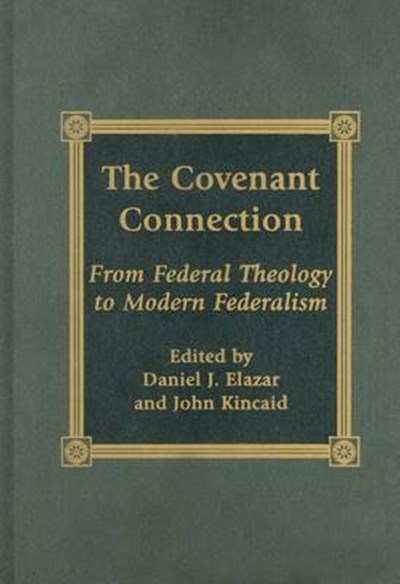 From Federal Theology to Modern Federalism

QTY
Add to Basket
Publisher: Lexington Books
ISBN: 9780739100264
Number of Pages: 352
Published: 19/01/2000
Width: 15.3 cm
Height: 23.7 cm
Description Author Information Reviews
American, European, political, and theological histories intersect in this important new exploration of the founding of the United States. The Covenant Connection examines the way in which the Protestant Reformation and federal covenant theology, which lay at the foundation of Reformed Protestantism in its Calvinist version, played a major role in shaping the political life and ideas of the colonies of British North America and ultimately the new United States of America. Contributors to the volume look at the most critical facets of this connection over nearly three centuries, from the beginning of the Reformation in sixteenth-century Zurich to the declaration of American independence and the writing of the U.S. Constitution. Individual chapters show how federal theology led to a revival of Biblical republicanism in Reformation Europe; how it was applied and modified in countries such as Switzerland, the Netherlands, Scotland, and England; and how it was carried across the Atlantic by the early settlers of North Americamost particularly the Puritans but also other groups such as the Dutch and the Scottishto form the matrix for American constitutionalism, democratic republicanism, and federalism. As a collection, The Covenant Connection provides an irrefutable analysis of the profound biblical and Reformation influences on the founding of America.