Anglicanism, Spiritualism, and Bereavement between the Two World Wars 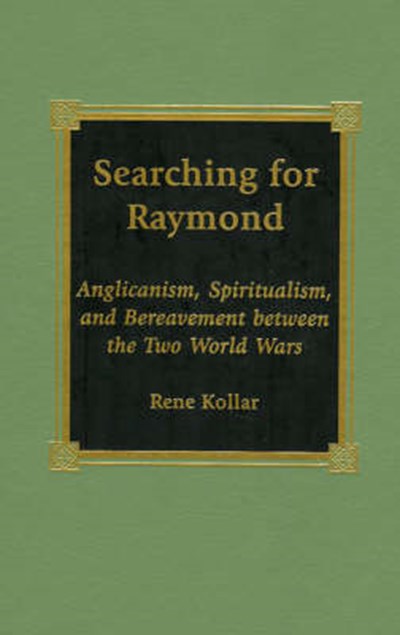 Anglicanism, Spiritualism, and Bereavement between the Two World Wars

QTY
Add to Basket
Publisher: Lexington Books
ISBN: 9780739101612
Number of Pages: 208
Published: 26/09/2000
Width: 15.6 cm
Height: 23.5 cm
Description Author Information Reviews
Rene Kollar takes as his focus the uneasy relationship between the Anglican Church and Spiritualism following World War I. A church committee was appointed to study the "claims of Spiritualism in relation to the Christian Faith," and though the results were, in some respects, favorable to Spiritualism, the report was not made public until 1979. Searching for Raymond explores the rise in Spiritualism's popularity after the trauma of war as Anglicans failed to find comfort in the traditional teachings of their church. At the same time, the book provides a thoroughly researched portrait of the indelible connection between religious faith and bereavement between the two world wars.

Rene Kollar is Professor of History at Saint Vincent College and Saint Vincent Seminary. He is the author of Westminster Cathedral: From Dream to Reality (1987), The Return of the Benedictines to London: A History of Ealing Abbey from 1896 to Independence (1989), Abbot Aelred Carlyle, Caldey Island, and the Anglo-Catholic Revival in England (1995), Aspects of the Revival of Monasticism in the West in the 19th and Early 20th Centuries (1996), and numerous articles dealing with English ecclesiastical history.