Sites of Violence, Sites of Grace

Christian Nonviolence and the Traumatized Self 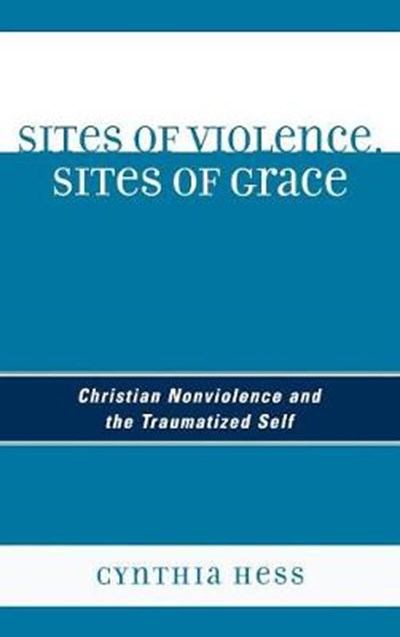 Sites of Violence, Sites of Grace

Christian Nonviolence and the Traumatized Self

QTY
Add to Basket
Publisher: Lexington Books
ISBN: 9780739119457
Number of Pages: 178
Published: 16/12/2008
Width: 16.2 cm
Height: 24.1 cm
Description Author Information Reviews
Cynthia Hess offers a thoughtful reconstruction of Christian nonviolence through an examination of both theological and theoretical works. She shows how contemporary understandings of violence and the human person challenge traditional views of nonviolence as pacifism and the refusal of military violence. Hess begins with an analysis of the extensive writings on nonviolence by John Howard Yoder, one of the foremost twentieth-century thinkers on this subject. She then seeks to deepen his view by probing the insights of trauma scholars who explore the powerful and lasting effects of traumatic violence on individuals and communities. These scholars often maintain that many survivors continue to hold the reality of traumatic violence within their bodies and minds, so that it becomes part of them as they move through time. In light of this claim, Hess argues that Christian nonviolence must move beyond pacifism to directly address the problem of internalized violence. In conversation with resources in Yoder's work as well as feminist theory and trauma studies, she analyzes an often-overlooked dimension of religious nonviolence: the creation of communities in which traumatized persons can survive and flourish. With its highly interdisciplinary character, this book presents a fresh perspective on Christian nonviolence that not only challenges traditional views but also reclaims the centrality of nonviolence for contemporary Christian theology and practice.

Cynthia Hess holds a Ph.D. in theology from Yale University and has published articles on Anabaptist theology, peacebuilding, and religiously motivated terrorism. Currently, she is consulting study director for the Institute for Women's Policy Research in Washington, DC, where she conducts research on religion, feminism, and public policy.