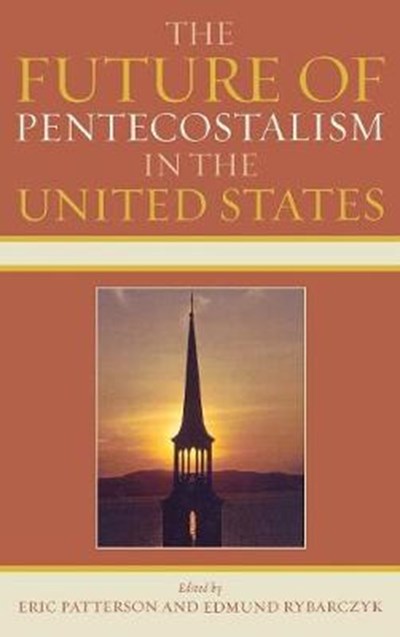 Publisher: Lexington Books
ISBN: 9780739121023
Number of Pages: 240
Published: 26/11/2007
Width: 15.9 cm
Height: 23.5 cm
Description Author Information Reviews
One hundred years after the Azusa Street Revival stunned Los Angeles and changed Western Christianity, Pentecostalism has become the fastest growing religious movement in the world. However, many Pentecostal denominations in the United States are in a slow decline. Will Pentecostalism survive in North America in the twenty-first century? If so, what forms will it take? The Future of Pentecostalism in the United States brings together leading scholars of charismatic and Pentecostal Christianity to discuss and forecast these issues. The book looks at American Pentecostalism from a variety of disciplinary perspectives including sociology, theology, history, and the arts. The book also considers various traditions and sub-movements within U.S. Pentecostalism, such as African American Pentecostal and charismatic Latino churches, urban postmodern charismatic congregations, and the role of Pentecostal institutions of higher education.

This book deserves the time and attention of both insiders and outsiders because of the demonstrated intellectual honesty of the contributors. It offers fresh proposals and gathers in one volume some ideas that were previously shared in miscellaneous documents. The focus on the future makes this work unique, and scholars, ministers, and lay leaders will benefit from reading it. -- David Michel, Chicago Theological Seminary H-Net: Humanities and Social Science Reviews Online Regardless of where one standes on these issues, this volume by Patterson and Rybarczyk has given American Pentecostals some important glimpses into the future. Pneuma 30 Enlightening. This book raises important questions, some of them uncomfortable. As pointed out in the foreword, answers are not always given to the questions raised. The matter, though, is too important not to be reflected upon. -- Jean-Daniel Pluss Journal Of The European Pentecostal Theological Association, Fall 2009 In The Future of Pentecostalism in the United States, Eric Patterson and Edmund Rybarczyk have gathered a stellar cast of scholars to ponder the future of the movement in the nation of its birth. This history in reverse gives Pentecostals a discerning, critical, and prophetic view of the movement as it enters its second century. This valuable book should be required reading for American Pentecostals and Charismatics as well as for Christians of all traditions who wish to understand this vast and complex movement. -- Vinson Synan, Regent University