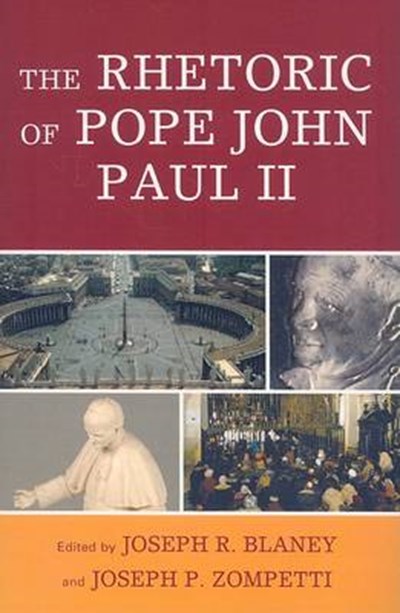 QTY
Add to Basket
Publisher: Lexington Books
ISBN: 9780739121344
Number of Pages: 326
Published: 16/01/2009
Width: 15.6 cm
Height: 23 cm
Description Author Information Reviews
Pope John Paul II was clearly one of the most influential persons of the 20th Century. He affected the world of politics, religion, and culture with a rhetorical zeal unmatched by few actors on the international stage. From the downfall of communism in Eastern Europe to his devotion to Mary to his championing of social justice and orthodox theology, this book examines his several moments of persuasive finesse as well as instances when his message could have been crafted more effectively. The essays in this collection examine his persuasive skills from several scholarly points of view. The book also offers analyses of media portrayals of this often-controversial figure. With contributions from some of the world's leading communication scholars, clergy, and social activists, this book is must reading for anyone interested in a deeper understanding of religious communication in general and John Paul II's rhetorical papacy in particular. Written by Catholics, Protestants, Mormons, agnostics, and atheists, the chapters approach the Pope with varying degrees of admiration, but always with intellectual respect.