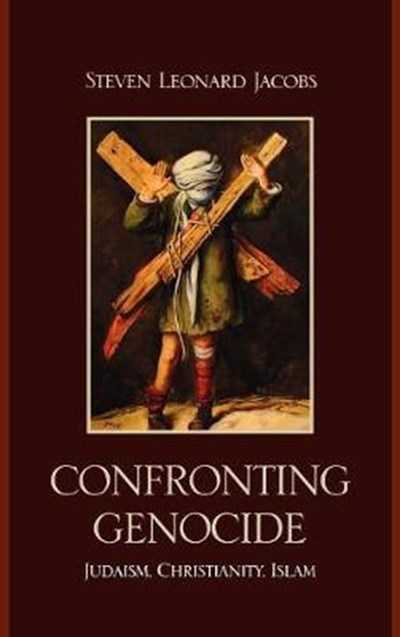 QTY
Add to Basket
Publisher: Lexington Books
ISBN: 9780739135884
Number of Pages: 368
Published: 16/07/2009
Width: 16.2 cm
Height: 24.2 cm
Description Author Information Reviews
Confronting Genocide: Judaism, Christianity, Islam is the first collection of essays by recognized scholars primarily in the field of religious studies to address this timely topic. In addition to theoretical thinking about both religion and genocide and the relationship between the two, these authors look at the tragedies of the Holocaust, the Armenian Genocide, Rwanda, Bosnia, and the Sudan from their own unique vantage point. In so doing, they supply a much needed additional contribution to the ongoing conversations proffered by historians, political scientists, sociologists, psychologists, and legal scholars regarding prevention, intervention, and punishment.

Steven Leonard Jacobs is associate professor of religious studies and holds the Aaron Aronov Endowed Chair of Judaic Studies in the Department of Religious Studies at the University of Alabama.

Religion has too often been a cause of genocide. The essays in this collection examine why, and then propose how religious texts and traditions could be re-interpreted so that religions could become forces against genocide. -- Gregory Stanton, President, The International Association of Genocide Scholars Confronting Genocide is an essential exploration of this complex dimension of the conceptual foundations of genocide. Steven Jacobs has done superb work in bringing together a broad and rich range of scholarly perspectives. A necessary contribution to genocide studies. -- Peter Balakian, author of The Burning Tigris: The Armenian Genocide and America's Response Recommended. CHOICE, February 2010 My God! This book about what our Gods really instruct us-is it 'Do Not Kill,' or is it 'Yes, Kill in My Name' (or alternately both notwithstanding the contradiction)-deserves our deep thoughtfulness along with considerable appreciation to the editor for addressing soundly a largely neglected and censored topic. Steven Jacobs leads us to important encounters with 'exclusivity, superiority, privileged access to God'; 'chosen people'-ness and 'promised land-ness'; 'nationalist-racist ideology undergirded by religious thought'; and how religion often 'divides humanity into believers and infidels, into the saved and the damned.' Highly recommended. -- Israel W. Charny, author of Fascism and Democracy in the Human Mind and and editor-in-chief of the Encyclopedia of Genocide