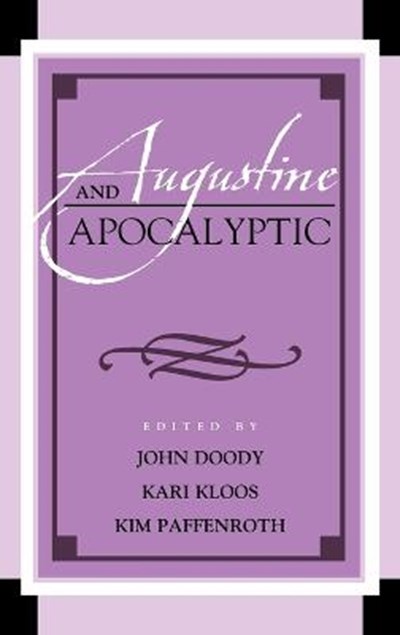 QTY
Add to Basket
Publisher: Lexington Books
ISBN: 9780739189221
Number of Pages: 268
Published: 07/11/2013
Width: 15.9 cm
Height: 23.6 cm
Description Author Information Reviews
Apocalyptic thought pervaded Augustine's time even more than our own, where it still resurfaces with frequency and intensity. Augustine's handling of this topic captures him at the height of his powers, exercising his substantial skills at Biblical exegesis and rhetoric, as well as his abilities to deal with the social upheaval that followed on the Fall of Rome in 410. The essays in this book look at Augustine's thought on apocalyptic, as well as trace Augustine's influence through the Middle Ages and into modern times.

A fascinating set of essays by experts in the field of apocalyptic thought, this volume brings Augustine's eschatological thought into fruitful conversations with figures, ideas, and incidents from later periods. One of the most stimulating and thought-provoking volumes on a doctor of the church recently published, this book will be of interest to scholars of Augustine, historians of apocalyptic, and more generally, to historians of Christianity and its thought. -- Kevin J. Madigan, Harvard Divinity School, Harvard University The essays in Augustine and Apocalyptic should, once and for all, counter the mistaken but commonplace notion that Augustine-because he argued against date-setting and millenarian fantasies-was anti-apocalyptic. In fact, Augustine thought long and hard about the apocalypse and penned one of the most important summaries of expectations regarding the end of time. This volume, which collects valuable explorations of his apocalyptic thought, his influence on medieval and reformation theology, and his contemporary relevance, is recommended for those interested in a balanced view of Augustine's apocalypticism. -- Richard K. Emmerson, Manhattan College For all his anti-millennialism, Augustine seems an unlikely focus for a study of apocalyptic, but the editors of this volume assemble a fine set of essays to prove the skeptic wrong. Contributions defining apocalyptic and its biblical manifestations, as well as contextualizing Augustine's own thought-world and his writings about the end-times, provide the reader with the background to probe his enduring influence on thoughts about the end. Essays display his presence as it permeates works from the annotations of the Douai Rheims New Testament to the writings of Jean-Luc Marion and Jean Louis Chretien, Cormac Mc Carthy, and Charles Taylor. Readers interested in the New Testament, The City of God, as well Augustine's influence on modern religious literature will all find reasons to read this book from cover to cover. -- Maureen A. Tilley, Fordham University