Meditations on the Seven 'Deadly' Sins 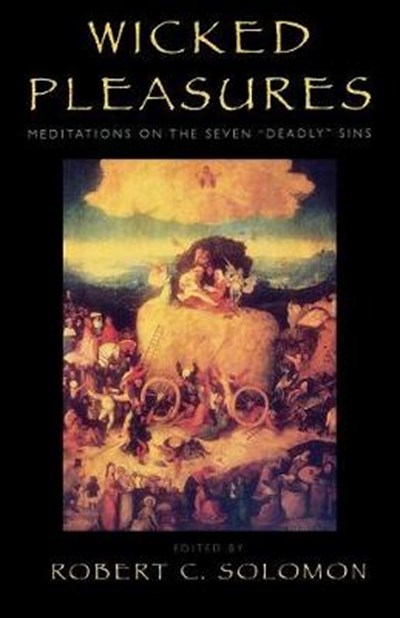 Meditations on the Seven 'Deadly' Sins

QTY
Add to Basket
Publisher: Rowman & Littlefield
ISBN: 9780742508453
Number of Pages: 174
Published: 20/12/2000
Width: 13.8 cm
Height: 22.2 cm
Description Author Information Reviews
The seven deadly sins have provided gossip, amusement, and the plots of morality plays for nearly fifteen hundred years. In Wicked Pleasures, well-known philosopher, business ethicist, and admitted sinner Robert C. Solomon brings together a varied group of contributors for a new look at an old catalogue of sins. Solomon introduces the sins as a group, noting their popularity and pervasiveness. From the formation of the canon by Pope Gregory the Great, the seven have survived the sermonizing of the Reformation, the Inquisition, the Enlightenment, the brief French reign of supreme reason, the apotheoses of capitalism, communism, secular humanism and postmodernism, the writings of numerous rabbis and evangelical moralists, two series in the New York Times, and several bad movies. Taking their cue from this remarkable history, the contributors, allowed one sin apiece, provide a non-sermonizing and relatively light-hearted romp through the domain of the deadly seven.

Robert C. Solomon is Quincy Lee Centennial Professor of Philosophy and Business and distinguished teaching professor at the University of Texas at Austin. Well known for his writings on the passions, the emotions, ethics, and excellence, Solomon is the author of numerous books, most recently A Passion for Wisdom (with Kathleen Higgins), Oxford 1997.

Wicked Pleasuresturned my notions of vice/versa. I am enjoying some of the seven deadly sins more but questioning what I once thought of as my virtues. Thanks, Robert Solomon, I needed that. -- Sam Keen, author of The Passionate Life, Fire in the Belly and Hymns to an Unknown god Wicked Pleasures provides some worldly and wise reflections on the seven 'deadly' sins by some of our best writers. These essays should enlighten and maybe delight anyone who has ever fallen prey to the seven deadly ones-which means, all of us. -- Douglas Kellner, UCLA; author of Media Culture and Media Spectacle and the Crisis of Democracy Solomon has compiled seven essays each dedicated to one of the sins... Solomon set no boundaries on the assignment, and the result is a highly entertaining, non-proselytizing, non-academic collection ... funny, irreverent, and cocky. Library Journal Wicked Pleasures is a collection of well-informed, sometimes irreverent essays that reflect upon the so-called seven deadly sins-lust, anger, envy, gluttony, greed, pride, sloth-and in that process explain the hold they have had on the moral imagination of Western Christendom for a millennium. Well-written. Well-edited. A pleasure to read. -- Bernd Magnus, University of California, Riverside