The New Nexus in International Relations 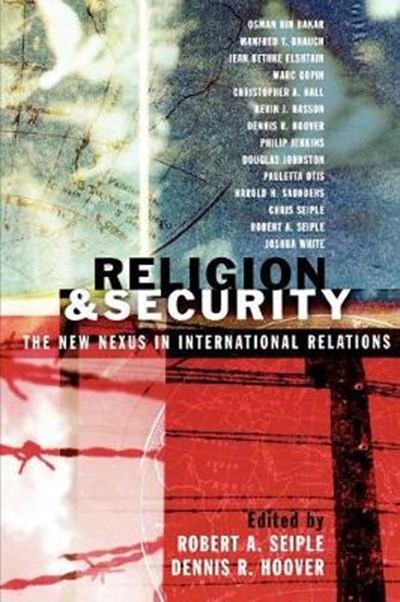 The New Nexus in International Relations

eBook FAQ
Add to Basket
Publisher: Rowman & Littlefield
ISBN: 9780742532120
Number of Pages: 216
Published: 13/11/2004
Width: 18 cm
Height: 22.6 cm
Description Author Information Reviews
Religion and Security: The New Nexus in International Relations focuses on a groundbreaking theme. In global security today, religion is not only part of the problem but also part of the solution. This book explores positive nexus points between religion and security, paying particular attention to the resources within the Abrahamic faith traditions of Judaism, Christianity, and Islam that foster sustainable peace. Religion and Security is a lively and insightful collection of analyses by distinguished scholars and practitioners in security, diplomacy, conflict resolution, human rights and theology. As states and nongovernmental organizations alike reconsider their strategies for being relevant in the 21st century, this book provides a practical framework through which both can work toward reducing violence and promoting human dignity. Divided into four parts, Religion and Security addresses themes of war and terrorism, pluralism and stability, military intervention and conflict resolution, and religious freedom and civil society. It underscores a crucial irony: nations that violate religious human rights in the name of "security" will ultimately be vulnerable to a number of significant threats to stability. This volume is a timely guide to the intersection of religion and security for human rights organizations, security experts, scholars of religion and politics, government and non-government staffers and decision-makers, and students in the disciplines of international affairs.

Robert A. Seiple was U.S. Ambassador-at-Large for International Religious Freedom from 1998-2000, after which he founded the Institute for Global Engagement. Author of Ambassadors of Hope , he teaches in the Templeton Honors College, Eastern University. Dennis R. Hoover is vice president for research and publications at the Institute for Global Engagement. A graduate of Oxford University (D.Phil. in Politics), he directs the Council on Faith & International Affairs and edits The Brandywine Review.

Armed with impressive scholarship and policy experience, these contributions drive home a vital yet neglected truth: religious freedom is more than a matter of political justice; it's also a crucial ingredient of political survival-both for religiously diverse nation-states and our multi-civilizational international system. -- Timothy Samuel Shah, The Harvard Academy for International and Area Studies After September 11, 2001, the discussion on world events tended more to obfuscate than illuminate. We are just entering a new phase of more sophisticated studies, and Religion and Security, which brings together some of the leading authorities in the field, is essential reading to understand our complex, dangerous, and changing world. -- Akbar S. Ahmed, Ibn Khaldun Chair of Islamic Studies, American University, Washington, D.C.