What's at Stake for Christians and Jews? 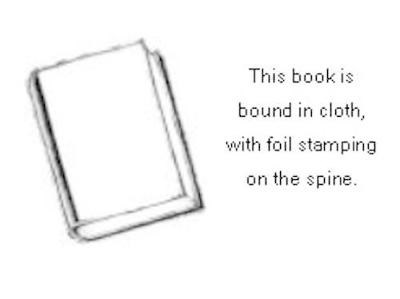 What's at Stake for Christians and Jews?

Publisher: Rowman & Littlefield
ISBN: 9780742532175
Number of Pages: 192
Published: 30/10/2004
Width: 16.1 cm
Height: 23.5 cm
Description Author Information Reviews
Pondering the Passion: What's at Stake for Christians and Jews? explores how the story of the death of Jesus has been imagined and portrayed over the centuries. In the shadow of the Holocaust and under the eye of contemporary scrutiny, the varied and often conflicting depictions of the Passion of Christ raise questions lying at the heart of both the Jewish and the Christian faiths: Who was Jesus? Why was he executed? What role did the Jews play in his death? How is Jesus' death redemptive? What does it mean to be saved? What are the psychological effects of seeing Jesus brutalized? How can artistic and creative license affect belief and doctrine in the religious imagination of the Judeo-Christian tradition? Beginning with the world of the first century and the circumstances of Jesus' execution, the prominent Protestant, Catholic, and Jewish contributors consider the diverse perspectives of the canonical gospels; depictions of the Passion in Christian art, music, drama, and film; biblical and theological interpretations of the crucifixion; and contemporary ethical, educational, and psychological issues. Edited by Philip Cunningham, a leading authority on Jewish-Christian dialogue, this collection is must reading for anyone seeking a deeper understanding of Christ's Passion, Death, and Resurrection, especially in light of contemporary depictions of and discussions over depictions of the Passion.

Philip A. Cunningham is executive director of the Center for Christian-Jewish Learning and adjunct professor of theology at Boston College. Interested in biblical studies, religious education, and theologies of Christian-Jewish relations, Dr. Cunningham is a member of the advisory committee on Catholic-Jewish Relations for the United States Conference of Catholic Bishops. A member of the Catholic Biblical Association of America, he has for several years co-convened its continuing seminar on Biblical Issues in Christian-Jewish Relations. His two most recent books are A Story of Shalom: The Calling of Christians and Jews by a Covenanting God and Sharing the Scriptures.

Pondering the Passion maps the landscape of issues raised by reflection on the accounts of the death of Jesus in the Gospels and Christian theological tradition as well as the controversies raised by Mel Gibson's movie, The Passion of the Christ. Christians and Jews will be challenged by the essays in this book. These essays push both Christians and Jews beyond the debates of "history" versus "faith" or "liberal" versus "conservative." They seek to establish the boundaries of what constitutes a proper discussion about fundamental religious reflection for both communities in the twenty-first century. -- Michael A. Signer, Abrams Professor of Jewish Thought and Culture, University of Notre Dame The essays in this collection ask vitally important questions about one of the most outrageous American media events of the young 21st century. The authors make it plain that every viewer of 'The Passion of the Christ' must address the questions. Most importantly, the authors offer sober, thoughtful, well-informed perspectives from which to seek answers. Representing a remarkable range of scholarly expertise, they bring resources from the many disciplines that bear on any portrayal of Jesus' Passion-history, scripture, theology, drama and film, music, religious education, and even psychology. The contents of this book offer many of the tools we need to handle this explosive film without doing collateral damage to our Jewish neighbors. Whether we are successful depends on our answer to the books' implicit central question: will the riches of this scholarship continue to be squandered? We do so at our own risk. -- Peter A. Pettit, Director of the Institute for Jewish-Christian Understanding and Assistant Professor of Religion, Muhlenberg College, PA Cunningham... has edited an excellent book that sorts out many aspects of Jesus' death. Staten Island Advance Even if Mel Gibson's The Passion of Christ has peaked as a box office golden egg, the debate it sparked about the murder of Jesus and the relations between Jews and Christians remains as heated and muddled as ever. We are deeply grateful to the contributors to Pondering the Passion for helping us think more clearly and critically about the biblical, historical, theological, and artistic issues surrounding the passion of Christ. Scholarly yet accessible, passionate yet well-reasoned, open to dialogue yet deeply rooted in the Christian faith, these essays must be required reading after every showing of The Passion of Christ. -- Dr. Peter C. Phan, Ignacio Ellacuria Professor of Catholic Social Thought at Georgetown University, author of Many Faces, One Church