Jewish and Christian Identity in the Presence of the Other 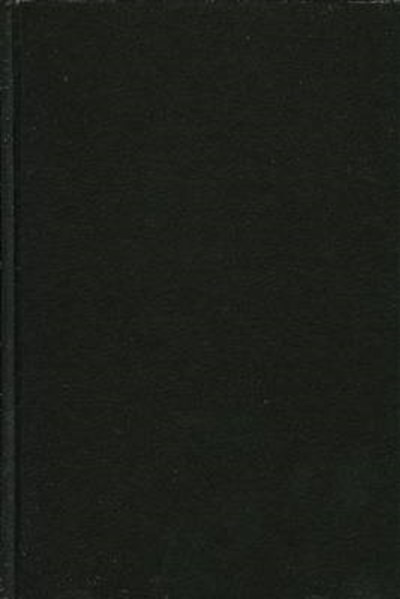 Jewish and Christian Identity in the Presence of the Other

QTY
Add to Basket
Publisher: Rowman & Littlefield
ISBN: 9780742532274
Number of Pages: 184
Published: 02/02/2005
Width: 16.8 cm
Height: 23.3 cm
Description Author Information Reviews
Judaism and Christianity are religions bound together by their claims to the same biblical covenant initiated by God with Abraham and his descendants. Yet, despite the inseparable connection between the election of Israel and that of the church, between the 'old' and the 'new' covenant, this shared spiritual patrimony has been the source of a type of violent sibling rivalry competing for the same paternal love and inherited entitlement. God, it seemed, had but one blessing to bestow. It could be given to either Jacob or Esau-but not both. In the twenty-first century, however, Jews and Christians are challenged to reconsider their theological assumptions by two inescapable truths: the moral tragedy of the holocaust demands that Christian thinkers acknowledge the violent effects of theologically de-legitimizing Jews and Judaism, and the pervasive reality of cultural and religious pluralism calls both Christian and Jewish theologians to rethink the covenant in the presence of the Other. Two Faiths, One Covenant? Jewish and Christian Identity in the Presence of the Other is a breakthrough work that embraces this contemporary challenge and charts a path toward fruitful interfaith dialogue. The Christian and Jewish theologians in this book explore the ways that both religions have understood the covenant in biblical, rabbinic, medieval, and modern religious writings and reflect on how the covenant can serve as a reservoir for a positive theological relationship between Christianity and Judaism-not merely one of non-belligerent tolerance, but of respect and theological pluralism, however limited.

Rabbi Dr. Eugene Korn is editor of The Edah Journal_A Forum of Modern Orthodox Thought. He serves as an adjunct professor of Jewish Thought in the Department of Christian-Jewish Studies at Seton Hall University. He was formerly director of Inter-Faith Affairs at the Anti-Defamation League. John T. Pawlikowski, O.S.M., is professor of Social Ethics and director of the Catholic-Jewish Studies Program at Catholic Theological Union. He has served for many years as a member of the Advisory Committee on Catholic-Jewish Relations of the United States Conference of Catholic Bishops. Currently the president of the International Council of Christians and Jews, he has authored/edited more than fifteen books on Christian-Jewish relations and on social ethics.

Unknown to the vast majority of Jews and Christians, unprecedented and profound collaborative study has been occurring among Christian and Jewish academicians for several years. This collection, a wonderful illustration of that interfaith research, offers important new insights into the meaning of "covenant" -a pivotal concept for Jewish and Christian self-understanding and for understanding between the two communities as well. -- Philip A. Cunningham, Executive Director, Center for Christian-Jewish Learning at Boston College Jewish-Christian dialogue has entered a new age, and Two Faiths, One Covenant? is one of the very best guides to what is new in this age. The age of simply "getting along" has passed. It is time, now, to open our hearts and proclaim and discuss our ultimate beliefs: Who is the God to whom we pray? And what covenant binds us to this God and to our co-religionists? Pawlikowski and Korn have gathered an exceptional group of Jewish and Christian scholars to examine what covenant has meant in the Jewish and Christian traditions, and what covenant is coming to mean now in this new age. Readers will discover that, after the chaos of the 20th century, God speaks again strongly to these tradition's leading theologians, but that God also speaks now in ways that were rarely heard throughout the modern period. Be prepared for surprises! -- Peter Ochs, Edgar Bronfman Professor of Modern Judaic Studies, University of Virginia Ever since Pope John Paul II reminded Christians that God's covenant with the Jewish people has never been revoked, many scholars have pondered both the meaning and consequences of this affirmation. In this volume, both Jewish and Christian thinkers take us deeper and provocatively into this mystery, not with the solution to the puzzle but with the faith-filled attraction as to how we - Jews and Christians - might understand ourselves better and more lovingly because we have had the Holy One revealed to us through the wisdom of the other. -- Rev. Michael McGarry, C.S.P., Rector, Tantur Ecumenical Institute, Jerusalem One of the most divisive themes in Jewish/Christian relations through the centuries-covenant-becomes, in these penetrating essays by Jewish and Christian colleagues, ground and promise for deepening and furthering dialogue and mutual understanding. And, not only that: the theme, we are shown, not only allows for religious diversity; it requires it. A remarkable achievement. -- Walter J. Harrelson, Distinguished Professor of Hebrew Bible emeritus, Vanderbilt Divinity School In contemporary dialogue, Jewish and Christian theologies of "covenant" has become a most important topic. By exploring the historical concepts, their transformations, and modern challenges to them, the essays in this volume push the conversation forward in critical and thought- provoking ways. Any discussion of covenant in the context of dialogue will need to engage deeply with this book. -- Ruth Langer, Associate Director, Center for Christian-Jewish Learning at Boston College