Comparative Study of the Origins of Ethical Thought 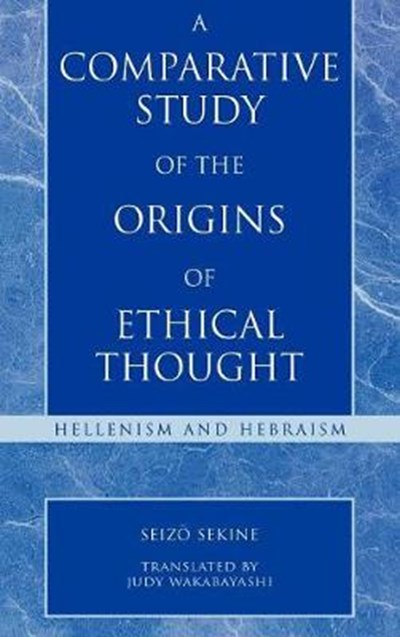 Comparative Study of the Origins of Ethical Thought

eBook FAQ
Add to Basket
Publisher: Rowman & Littlefield
ISBN: 9780742532397
Number of Pages: 304
Published: 26/03/2005
Width: 15.3 cm
Height: 23.5 cm
Description Author Information Reviews
The Origins of Ethical Thought: A Comparative Study Between Hellenism and Hebraism is the first text to analyze both Greek and Hebrew ethical thought based on a comprehensive and ideological interpretation of the two systems on their own and in relation to one another. An innovative work of interdisciplinary scholarship, this book focuses on the plurality of perspectives between and within the respective ethical systems. Without overdrawing comparisons, the author engages selected primary and secondary texts and highlights the traits that distinguish the two fields while revealing the commonalities underlying ancient Hebraic and Hellenistic concepts of the self in relation to the 'other,' whether on the human or super-human level. He reveals that both ethical systems are based on a sense of 'wonder,' which, he argues, can and should be rehabilitated as a foundation for a new ethics that is in touch with the transcendent and metaphysical. Moreover, writing from a Japanese frame of reference, the author incorporates important insights by Eastern thinkers that are often overlooked in the West. Well conceived and logically presented, The Origins of Ethical Thought covers the practical philosophy of the ancient Greeks from the Presocratics through Aristotle, the religious ethics of the Ancient Hebrews from the Ten Commandments to the Wisdom literature, and the consequences of Greek and Hebrew ethics from philosophical ideas of love and righteousness to religious notions of retribution and atonement.

Dr. Seizo Sekine is professor of Ethics and Hebrew Bible at the University of Tokyo, Japan. Dr. Judy Wakabayashi is associate professor of Japanese Translation at Kent State University, Ohio.