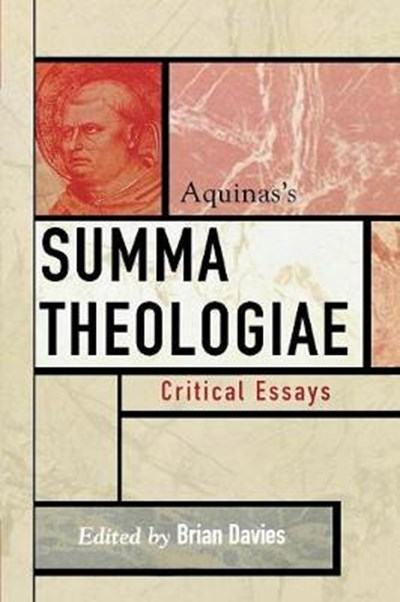 eBook FAQ
Add to Basket
Publisher: Rowman & Littlefield
ISBN: 9780742543430
Number of Pages: 290
Published: 08/01/2006
Width: 16.5 cm
Height: 22.8 cm
Description Author Information Reviews
Thomas Aquinas (1224/6-1274) was first and foremost a Christian theologian. Yet he was also one of the greatest philosophers of the Middle Ages. Drawing on classical authors, and incorporating ideas from Jewish and Arab sources, he came to offer a rounded and lasting account of the origin of the universe and of the things to be found within it, especially human beings. Aquinas wrote many works, but his greatest achievement is undoubtedly the Summa Theologiae. This presents his most mature thinking and is the best introduction to his philosophical (and theological) ideas. Few secondary books on Aquinas focus solely on the Summa, but the present volume does just that. Including work by some of the best Aquinas scholars of the last half decade, it provides a solid introduction to one of the landmarks of western thinking.

Brian Davies is Professor of Philosophy at Fordham University. His books include The Thought of Thomas Aquinas(1992), Aquinas(2002), and An Introduction to the Philosophy of Religion(3rd edn., 2004). He is the editor of Thomas Aquinas: Contemporary Philosophical Perspectives(2002). With G.R. Evans, he is co-editor of Anselm of Canterbury: The Major Works(1998). With Brian Leftow, he is co-editor of The Cambridge Companion to Anselm(2004). He is also the editor of the Great Medieval Thinkers series published by Oxford University Press.

Brian Davies has brought together a judicious selection of the finest essays of the last half century on Aquinas-one which illustrates both the range of Aquinas's work and the variety of approaches that can usefully be brought to it. Newcomers to Aquinas will find plenty here to stimulate their interest and deepen their understanding, whilst specialist scholars will be pleased to have so many central discussions conveniently collected in a single volume. -- John Marenbon, Senior Research Fellow at Trinity College, University of Cambridge Brian Davies has done it again. This volume of articles on one of the greatest books of philosophy in the West is a must read for everyone interested in Thomas Aquinas, the Summa Theologiae, or medieval philosophy in general. Davies has assembled a stellar cast of contributors who have covered the major themes of the Summa with clarity and subtlety. -- Jorge J. E. Gracia, SUNY Buffalo