The Origin of Judaism and Christianity 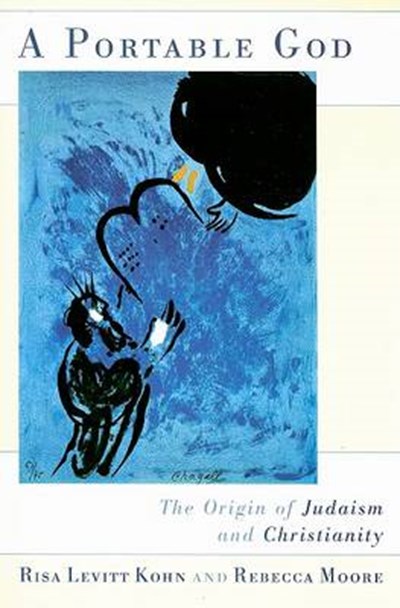 The Origin of Judaism and Christianity

Risa Levitt Kohn is professor of Hebrew Bible and Judaism and director of the Jewish Studies Program at San Diego State University. She has lectured extensively on the Hebrew Bible, Jewish and Christian Origins, and Judaism. Rebecca Moore is associate professor and chair of the Department of Religious Studies at San Diego State University. She teaches Christianity and New Testament and her research is on Jewish and Christian dialogue, particularly on issues of biblical commentary. Rebecca Moore's latest book is Voices of Christianity: A Global Introduction.

This engaging conversation between scholars and 'sisters' models a vital, compassionate, and intelligent look at a shared tradition, one that regularly appears in today's headlines in conjunction with hostility and violence. This is a timely, insightful book for all readers who want to thoroughly understand the polarities and convergence between two groups of people that share the same Bible. It is an authoritative, trustworthy source for those hoping to appreciate and learn from differences in a world big enough to be tolerant. -- David Noel Freedman, University of California, San Diego The authors enunciate a very laudable goal: to present the story of Jewish and Christian origins in a way that avoids polemical interpretation of what each community holds as doctrine and experiences as worship. The provocative title captures the focus of the work: the indwelling of the God of Israel with his people and the spiritual-moral responses that impinge upon the faithful. A stimulating text for undergraduates and for study groups who wish to discuss in a responsible manner the Bible and religious developments among Jews and Christians. -- Rev. Lawrence E. Frizzell, Seton Hall University A Portable God proposes that Christianity and Judaism are siblings of a common parent: Ancient Israelite Religion. Kohn and Moore present the tale in such a highly readable and engaging fashion that I found myself caught up in the sense of discovery once again. What is new, is their study of the concept of the locus of God's presence during the years of the Second Temple period. They convincingly demonstrate how the way was prepared for the twin birth of Christianity and Judaism in the first centuries of the Common Era. God was freed from the confines of the Temple and became 'portable,' propelling what might have become two historical curiosities into world religions. -- Martin Abegg, director of the Dead Sea Scrolls Institute, Trinity Western University This volume fills an important gap in the literature on the origins and interconnections of Judaism and Christianity in antiquity. Kohn and Moore have produced a conversational text that expertly guides novice readers around the complex landscape of the Israelite/Judean world of antiquity. The maps and other pedagogical aids are well-chosen and genuinely informative. Personally, I plan on using this book as the 'spine' of my own course on Jewish and Christian origins as soon as it becomes available. -- Martin S. Jaffee, University of Washington In A Portable God, Risa Levitt Kohn and Rebecca Moore offer a sensitive and insightful synthesis of information from disparate sources for the development of two of the most important Judaic religions: Judaism and Christianity. They make use of the most recent data to explore the ways in which these faith traditions drew on their shared heritage, the religion of ancient Israel and the Bible, in shaping themselves into what they are today. Anyone who is interested in the background and history of Christianity and Judaism and their interactions will benefit greatly from A Portable God. I highly recommend this book for both scholar and layperson alike. -- Russell Fuller, University of San Diego Kohn and Moore offer us, in accessible language, a picture of Christianity and Judaism emerging simultaneously from the crisis of Roman Judea in the first centuries of our era. In their innovative treatment, Judaism is not the precursor to Christianity, and Christianity is not the stepchild of Judaism. Evolving together, the two religious communities present divergent ways of understanding their shared Hebrew Scriptures, and different means of reconstituting the relationship of God and his people, following the extinction of Temple worship. Each, in its own way, bears the legacy of ancient Israel. -- William Propp, University of California, San Diego ...welcome and astutely thought-out contribution to modern Judeo-Christian studies and dialogues. Written to be accessible to readers of all backgrounds...welcome and astutely thought-out contribution to modern Judeo-Christian studies and dialogues. Midwest Book Review, September 2008 This volume provides an accessible introduction to the origins of Judaism and Christianity. Jewish Book World Noteworthy for its special contribution to the ongoing dialogue between Jews and Christians. Risa Levitt Kohn and Rebecca Moore have produced a careful, clearly written examination...This study makes a fundamental contribution in clarifying and modifying some traditional understandings of Judaism. The Progressive Christian