The Moral Challenge of Capitalism 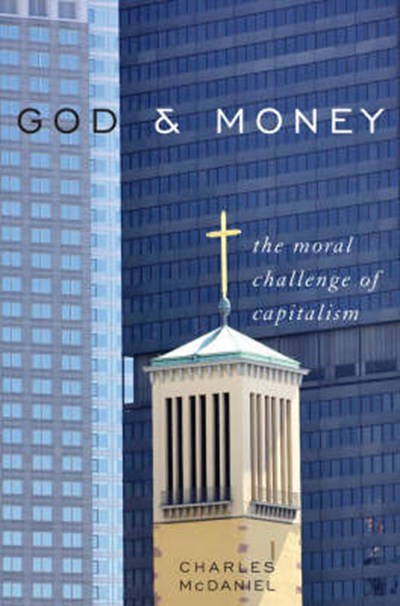 The Moral Challenge of Capitalism

Charles McDaniel, a successful business entrepreneur, now focuses on the interplay of economics, religion, and values. He is visiting professor of Church-State Relations at Baylor University. He lives in Waco, Texas.

God & Money is a strikingly original, subtly nuanced and learned book. It insists that, while there is no 'Christian' economics as such, it is both possible and necessary to bring virtue, morality and compassion to economic life. In the tradition of Max Weber and Daniel Bell, McDaniel suggests that capitalism-unless social compensations are in place-can tend to erode the moral bases which elevate the status of human persons, so they do not become commodities. This important book will be an indispensable study for social ethicists, students of neo-conservatism and those who are concerned about the moral bases of economic life. -- John A. Coleman, S.J., Casassa Professor of Social Values, Loyola Marymount University, Los Angeles Charles McDaniel's God and Money makes an invaluable contribution to the discussion of theology and economics. He persuasively demonstrates the moral and theological mistakes attending the neoconservative rapprochement with the Austrian school. Then he carefully develops the theological economics of Niebuhr, Chesterton and John Paul II showing how their work points in the direction of a 'morally redemptive economy,' which is as concerned with the good as with value. This is a temperate, carefully argued work that should be discussed by all those working in the intersection of theology and economics. -- Steve Long, Associate professor of systematic theology, Garrett Evangelical Theological Seminary