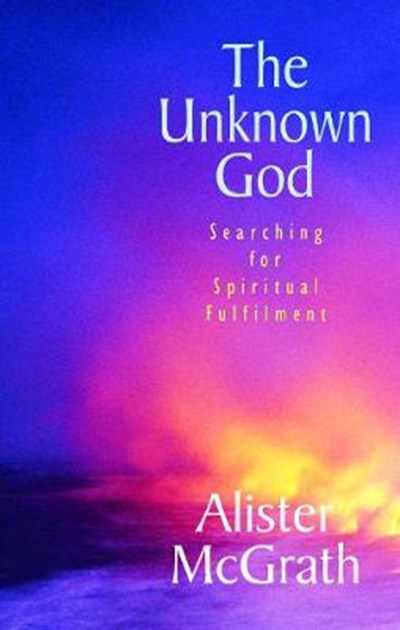 QTY
Add to Basket
Publisher: Lion Hudson Ltd
ISBN: 9780745950334
Number of Pages: 128
Published: 22/03/2002
Width: 13.8 cm
Height: 21.6 cm
Description Author Information Reviews
For many, the 1990s were the decade in which people turned their backs on the materialistic and spiritually vacuous era of the 80s. In the new millennium, the search for meaning continues to be an issue for those who feel alienated in an increasingly fragmented society, or purposeless despite being involved in a frenzy of activity. How can we satisfy this spiritual hunger that continues to plague so many of us? In this thoughtful and stimulating book, Alister McGrath suggests that the search for meaning is ultimately a search for God. Drawing on thought-provoking extracts from the Bible and other Christian writings, he invites the reader to explore the very heart of the Christian faith - most notably its beliefs about the life, death and resurrection of Jesus Christ. The result is a lucid and profound apologetic demonstrating the appeal of Christianity for today's spiritual searchers.

Alister E. McGrath (DPhil and DD, University of Oxford; Fellow of the Royal Society of Arts) is professor of theology, ministry, and education, and head of the Centre for Theology, Religion, and Culture at King's College, London. He is the author and editor of numerous books, including the award-winning The Passionate Intellect: Christian Faith and the Discipleship of the Mind. A former atheist, he is respectful yet critical of the new atheist movement and regularly engages in debate and dialogue with its leaders.

"Through a series of brief meditations, McGrath takes a look at people's longing to find happiness. Full-colour illustrations, poetry and other brief selections from ancient and modern writers accompany each meditation. Much like Christian philosopher Blaise Pascal's Pensees, McGraths reflections are elegantly written defenses of the central elements of the Christian faith." Publishers Weekly "Not only is The Unknown God written in an accessible style, but also it is handsomely put together, decorated with sublime photos, classic paintings and well-chosen, thought provoking quotes." Christianity and the Arts