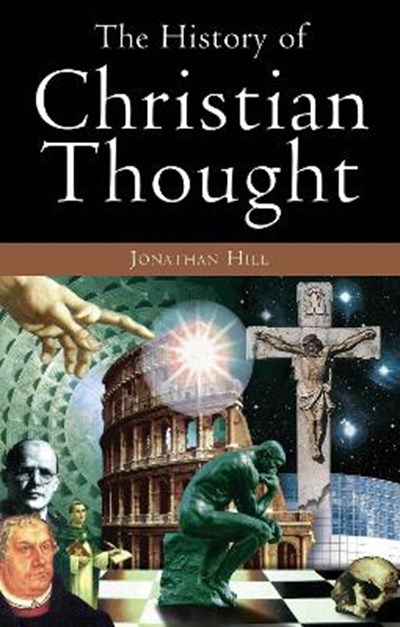 eBook FAQ
Add to Basket
Publisher: Lion Hudson Ltd
ISBN: 9780745950938
Published: 22/08/2003
Description Author Information Reviews
A society with no grasp of its history is like a person without a memory. This is particularly true of the history of ideas. This book is an ideal introduction to the thinkers who have shaped Christian history and the culture of much of the world. Writing in a lively, accessible style, Jonathan Hill takes us on an enlightening journey from the first to the twenty first centuries. He shows us the key Christian thinkers through the ages - ranging from Irenaeus, Origen, Augustine and Aquinas through to Luther, Wesley, Kierkegaard and Barth - placing them in their historical context and assessing their contribution to the development of Christianity.

JONATHAN HILL has a first class degree in Philosophy and Theology from Oxford University and an MPhil in Theology (also from Oxford). He has worked in publishing and broadcasting since leaving Oxford in 1997 and is the author of Faith in the Age of Reason in the Lion Histories series.

This is an enormous subject, tackled in a lively and accessible way. Beginning with the Greek philosophers and the rise and fall of the Byzantine Empire, Hill follows the faith through great eras like the Reformation and the Enlightenment, right up to existentialism and postmodernism, telling Christianity's story through its great figures and theologians. His goal is to 'help the reader understand and sympathise' with those thinkers who have both reached up to God themselves, or felt the hand of God on their shoulders. As such the book acts as a biographical reference work for figures of the stature of Luther, Calvin, Tillich and Barthes. And if you wanted to know how the Second Vatican Council differed from the first, this book will tell you.