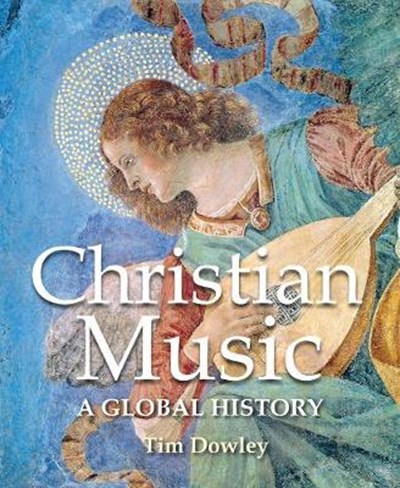 Publisher: Lion Hudson Ltd
ISBN: 9780745953243
Number of Pages: 264
Published: 19/08/2011
Width: 19.5 cm
Height: 24 cm
Description Author Information Reviews
Music is at the heart of the world's cultural heritage, and from the beginning has played an essential role in Christianity, with many of the greatest composers creating sacred music of all kinds. Tim Dowley traces the story of Christian music from the earliest Jewish traditions through the Renaissance and Reformation to the present day, discussing both the various liturgical traditions and non-liturgical sacred music. Dr Dowley also covers the fascinating history of hymns and sacred songs, and Christian expressions in modern jazz, folk, rock, and pop idioms. This comprehensive volume ranges widely, with specialist features on Christian music worldwide, and a focus on such varied topics as Christmas carols, the music of Handel and Bach, spirituals and the blues, medieval polyphony, Hildegard of Bingen, and Contemporary Christian Music. Dowley considers key questions, such as: What is Christian music? Is it solely music used in Christian worship? Or music with spirituality, with the power to move people? And what is the role of the Bible in all this? Richly illustrated with almost two hundred photographs and pictures, Christian Music: A Global History is a book for anyone who is moved, inspired, or intrigued by any kind of music from the Christian tradition. Key features include: - Comprehensive coverage of the history of worship music, from ancient times to the present day - In-depth articles on key themes and individuals - Provides historical, theological, and liturgical contexts for Christian music - Includes specialist articles written by international experts - Covers both Western and non-Western musical traditions - Richly illustrated throughout

Dr Tim Dowley is a historian and a prolific author and editor of Bible resources for adults and children. He holds a bachelor's degree in History and a doctorate in Church History, both from the University of Manchester, England. He has written a number of children's stories and books on biblical subjects and the history of Christianity, as well as works on music and literature. Tim has traveled extensively, particularly in Israel, Turkey and other biblical lands. He lives in South London with his wife and family.