Lion Handbook to the Bible 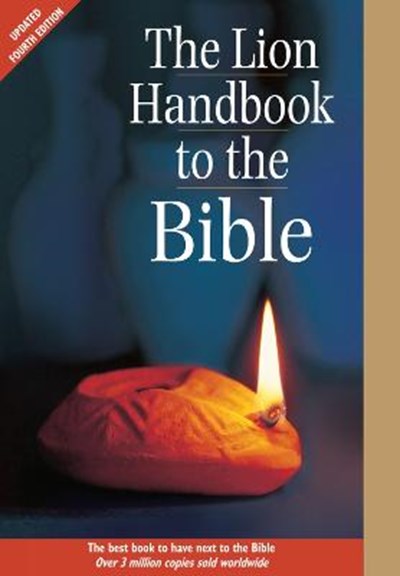 Lion Handbook to the Bible

QTY
Add to Basket
Publisher: Lion Hudson Ltd
ISBN: 9780745953700
Published: 18/09/2009
Description Author Information Reviews
The Lion Handbook to the Bible was first published in 1973 and has been continuously in print ever since, selling over 3 million copies worldwide. This fascinating guide to the book that has intrigued and inspired millions of people for thousands of years comprises an authoritative yet accessible commentary on the Bible, book by book and chapter by chapter, alongside over 100 articles by leading scholars around the world on areas of special interest. Beautifully illustrated throughout with more than 600 photographs, maps and illustrations, the Handbook is a pleasure to browse and read, and a mine of information and insight about this crucially important book. For this new edition, a number of articles have been revised in the light of recent discoveries and developments in scholarship. New photographs have also been added where available.

Pat Alexander is co-founder and former editorial director of Lion Publishing. She is also the compiler and author of many books ranging from the best-selling Lion Handbook to the Bible to The Lion First Bible. Pat lives in Oxford where she is actively involved in local church and community life. David Alexander was a founder of Lion Publishing, and for 28 years a Director of the company. He spent much time researching and taking photographs for books such as The Lion Handbook to the Bible. Helping people to understand the Bible and communicating its message was a key factor in his work. David died in 2002.