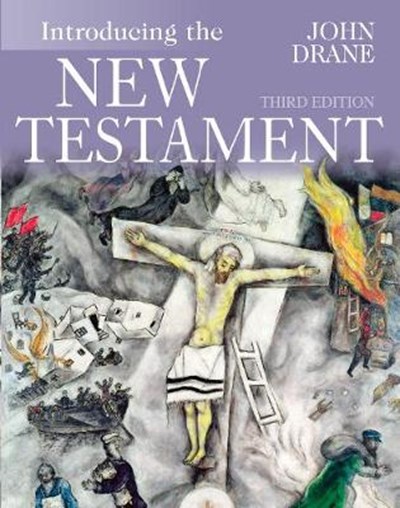 QTY
Add to Basket
Publisher: Lion Hudson Ltd
ISBN: 9780745955049
Number of Pages: 480
Published: 19/11/2010
Width: 19.5 cm
Height: 24 cm
Description Author Information Reviews
John Drane's 'Introducing the New Testament' has long been recognized as probably the most authoritative and accessible survey of the subject, both for students and for general readers. This classic work has been revised and updated, taking full account of recent scholarly developments and archaeological findings. These include areas such as the historical Jesus, the theologies of the four Gospels, and the role of St Paul in the transformation of Christianity from a first century Jewish sect into a separate movement that was to spread throughout the world. This authoritative text has now been further enhanced by the introduction throughout of full colour illustrations and photographs, maps and diagrams.

JOHN DRANE taught practical theology at the University of Aberdeen until 2004. He is also an Adjunct Professor of New Testament at Fuller Theological Seminary, California, and a visiting Professor at Morling College, Sydney. His other publications include Introducing the Old Testament and The Bible Phenomenon.

'This book has arguably been the most useful and user-friendly non-technical introduction to the New Testament available.' -- David Wenham, Tutor in New Testament, Wycliffe Hall, Oxford