Did St Paul Get Jesus Right?

The Gospel According to Paul 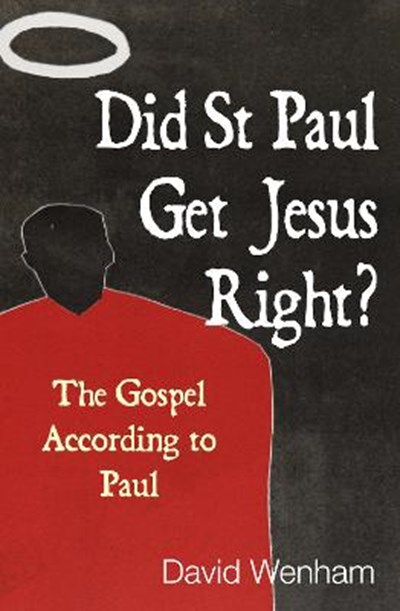 Did St Paul Get Jesus Right?

The Gospel According to Paul

eBook FAQ
Add to Basket
Publisher: Lion Hudson Ltd
ISBN: 9780745962481
Published: 25/06/2010
Description Author Information Reviews
Was St Paul a distorter of Jesus' original message, or a faithful follower? Over recent years some critics of Christianity have claimed that while Jesus was a gifted teacher and a man of unparalleled kindness, St Paul was the true founder of Christianity, which he based on a delusional mistake: the idea that Jesus was God. This theory has found its way into academia, churches, newspapers, and, most recently, novels. In Did St Paul Get Jesus Right? respected New Testament scholar David Wenham looks at the historical evidence for such claims. Comparing the life and message of Jesus with the writings of St Paul, he offers a thoughtful exploration of their relationship, concluding that far from imagining Christianity, Paul was the messenger of an inherited faith.

David Wenham is Vice-Principal of Trinity College, Bristol. Before that he spent 24 years on the staff of Wycliffe Hall, Oxford. He is the author of a number of books on the gospels.

"Will prove particularly useful to serious students seeking an overview of the scholarly debate regarding Paul's place in early Christianity." --"Booklist "on "Paul: Follower of Jesus or Founder of Christianity? "