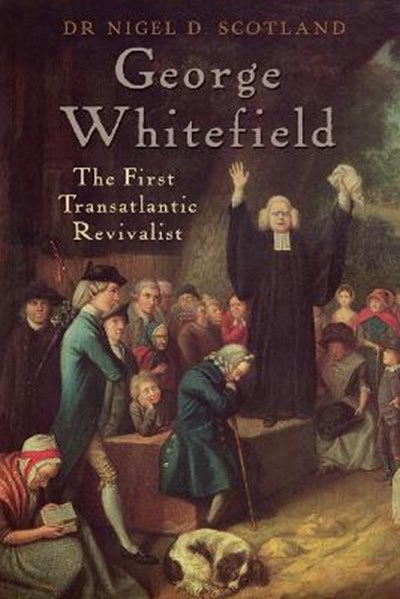 QTY
Add to Basket
Publisher: SPCK Publishing
ISBN: 9780745980287
Number of Pages: 336
Published: 21/06/2019
Width: 13 cm
Height: 19.8 cm
Description Author Information Reviews
George Whitefield proclaimed the Christian message to more people in history than anyone else, before or since, who spoke with an unaided voice. A preacher of revival almost from his childhood, when he prophesied his own destiny, he had a profound impact on the social, religious and political life of both Britain and America. He crossed the Atlantic thirteen times, and merged as a celebrity figure, whose message captivated both rich and poor alike. Whitefield heralded a new kind of revival that was both spiritually powerful and entertaining at the same time. He was also a man of contradictions. He loved the Anglican liturgy but would happily break canon law. He was a devoted Puritan yet he was also able to befriend those with more liberal morals, Above all, Whitefield was a driven man, and his overwhelming passion was to preach New Birth in Christ - the theme he was to speak on over a thousand times. He valued education, opposed slavery, cared for orphan children and changed the course of both British and American history.

Nigel Scotland is Field Chair in the School of Theology and Religious Studies, University of Gloucestershire. His most recent publications include Sectarian Religion in Contemporary Britain (2000), Good and Proper Men: Lord Palmerston and the Bench of Bishops (2000), and Charismatics and the New Millennium (2000).