The Year That Changed the World 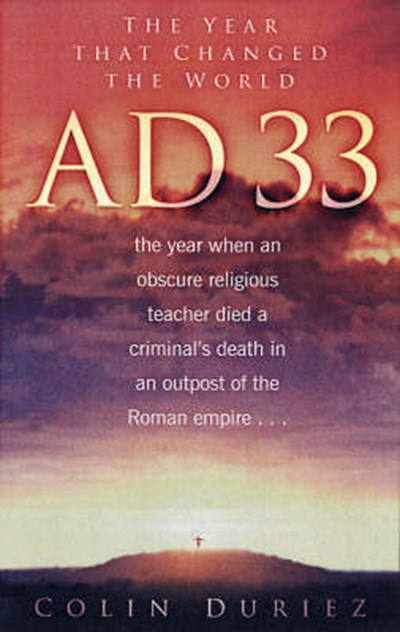 The Year That Changed the World

Publisher: The History Press Ltd
ISBN: 9780750939768
Published: 01/03/2008
Description Author Information Reviews
This is a portrait of one of the great years in world history. It is a book comparable to Gavin Menzies "1421: The Year China Discovered the World". AD 33 was the year when an obscure religious teacher died a criminal's death in an outpost of the Roman Empire, an event which had world-changing consequences in the form of the beginnings of Christianity. What was the world like in that momentous year? In this breathtaking book, we find out about events in the Roman Empire and beyond in order to obtain a picture of the historical setting of the year of Christ's death.

Colin Duriez is a writer and lecturer whose books include Tolkien and the Lord of the Rings: A Guide to Middle Earth, The C.S. Lewis Encyclopedia and J. R. R. Tolkien and C. S. Lewis: The Story of their Friendship. He lives in Leicester, in a house filled with books.