Grit in the Pearl

The Scandalous Life of Margaret, Duchess of Argyll 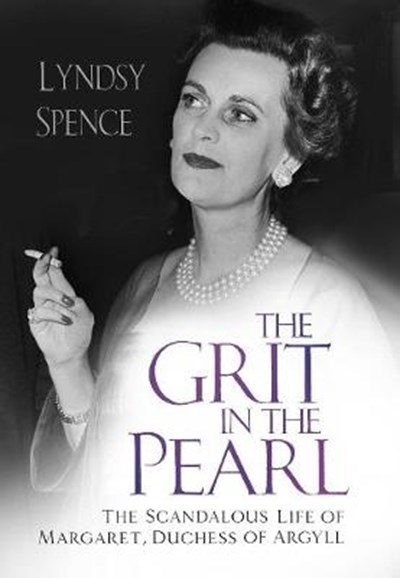 Grit in the Pearl

The Scandalous Life of Margaret, Duchess of Argyll

Publisher: The History Press Ltd
ISBN: 9780750986991
Number of Pages: 256
Published: 11/02/2019
Width: 15.6 cm
Height: 23.4 cm
Description Author Information Reviews
The shocking true story behind A Very British Scandal, starring Claire Foy and Paul Bettany Margaret, Duchess of Argyll's life was one of complexity and controversy. Born Ethel Margaret Whigham, the only child of a Scottish self-made millionaire and a beautiful high-society woman, her childhood was rich and splendid - but empty. She was a daddy's girl with an absent father, living with a jealous mother who sought to remind Margaret of her every shortcoming. As she grew up, her name was a byword for class and beauty; she was the debutante of her coming-out year, and her marriage to Charles Sweeny literally stopped traffic. But it was not to last: Margaret needed more. What followed was a story of tragedy, scandal and heartbreak as Margaret swung from lover to lover, society to society. This culminated in her notorious divorce case of 1963, where her soon-to-be-ex-husband produced his pie`ce de resistance: a Polaroid of her in a compromising position with two other men. In The Grit in the Pearl, Lyndsy Spence takes a look at a woman who was ahead of her time. Using previously unpublished sources and personal transcripts, this is the story of a fragile woman who was to come up against the very highest echelons of English high society - and lose.

Lyndsy Spence is a celebrated historian who specialises in daring aristocratic women. Her previous books for The History Press include The Mistress of Mayfair: Men, Money and the Marriage of Doris Delevingne (2018) and Mrs Guinness: The Rise and Fall of Diana Mitford, the Thirties Socialite (2017).