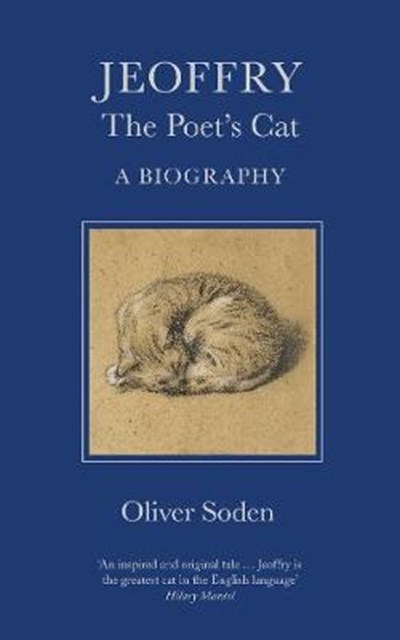 QTY
Add to Basket
Publisher: The History Press Ltd
ISBN: 9780750995672
Published: 06/10/2020
Width: 12.9 cm
Height: 19.8 cm
Description Author Information Reviews
Jeoffry was a real cat who lived 250 years ago, confined to an asylum with Christopher Smart, one of the most visionary poets of the age. In exchange for love and companionship, Smart rewarded Jeoffry with the greatest tribute to a feline ever written. Prize-winning biographer Oliver Soden combines meticulous research with passages of dazzling invention to recount the life of the cat praised as 'a mixture of gravity and waggery'. The narrative roams from the theatres and bordellos of Covent Garden to the cell where Smart was imprisoned for mania. At once whimsical and profound, witty and deeply moving, Soden's biography plays with the genre like a cat with a toy. It tells the story of a poet and a poem, while setting Jeoffry's life and adventures against the roaring backdrop of eighteenth-century London.

Oliver Soden is a writer and broadcaster. His first book, a biography of the composer Michael Tippett, was a Book of the Year in the Observer, Times Literary Supplement and Spectator. It was shortlisted for the Elizabeth Longford Prize and won a Somerset Maugham Award and the Royal Philharmonic Society Award for Storytelling. Soden's essays and reviews have appeared in a wide variety of publications including the Guardian, Literary Review and Art Newspaper. He grew up in Bath and Sussex, and lives in London.