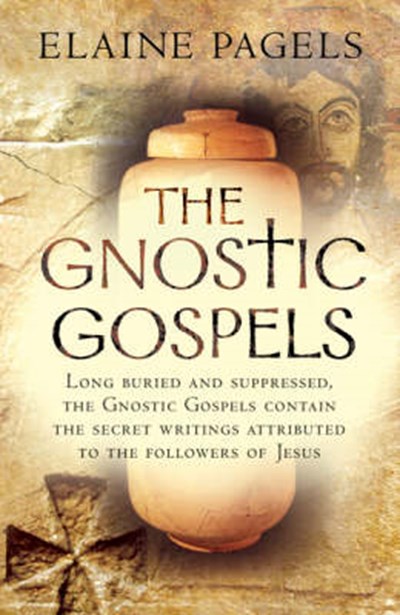 eBook FAQ
Add to Basket
Publisher: Orion Publishing Co
ISBN: 9780753821145
Published: 06/04/2006
Description Author Information Reviews
In 1945 fifty-two papyrus texts, including gospels and other secret documents, were found concealed in an earthenware jar buried in the Egyptian desert. These so-called Gnostic writings were Coptic translations from the original Greek dating from the time of the New Testament. The material they embodied - poems, quasi-philosophical descriptions of the origins of the universe, myths, magic and instructions for mystic practice - were later declared heretical, as they offered a powerful alternative to the Orthodox Christian tradition. In a book that is as exciting as it is scholarly, Elaine Pagels examines these texts and the questions they pose and shows why Gnosticism was eventually stamped out by the increasingly organised and institutionalised Orthodox Church.

After receiving her doctorate from Harvard University in 1970, Elaine Pagels taught at Barnard College, Columbia University, where she chaired the department of religion. She is now the Harrington Spear Paine Professor of Religion at Princeton University. Professor Pagels is the author of several books on religious subjects and was awarded a MacArthur Fellowship in 1981. She lives and teaches in Princeton, New Jersey.

If you must buy one of the many books being pumped out this season to capitalise on the film of the mega-selling book [THE DA VINCI CODE], this is the one to get. SUNDAY HERALD (7.5.06)