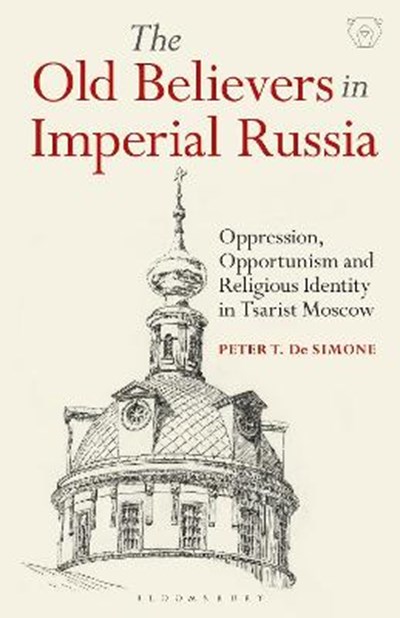 eBook FAQ
Add to Basket
Publisher: Bloomsbury Publishing PLC
ISBN: 9780755601325
Number of Pages: 288
Published: 26/12/2019
Width: 13.5 cm
Height: 21.6 cm
Description Author Information Reviews
'Two Romes have fallen. The third stands. And there will be no fourth.' So spoke Russian monk Hegumen Filofei of Pskov in 1510, proclaiming Muscovite Russia as heirs to the legacy of the Roman Empire following the collapse of the Byzantine Empire. The so-called 'Third Rome Doctrine' spurred the creation of the Russian Orthodox Church, although just a century later a further schism occurred, with the Old Believers (or 'Old Ritualists') challenging Patriarch Nikon's liturgical and ritualistic reforms and laying their own claim to the mantle of Roman legacy. While scholars have commonly painted the subsequent history of the Old Believers as one of survival in the face of persistent persecution at the hands of both tsarist and church authorities, Peter De Simone here offers a more nuanced picture. Based on research into extensive, yet mostly unknown, archival materials in Moscow, he shows the Old Believers as versatile and opportunistic, and demonstrates that they actively engaged with, and even challenged, the very notion of the spiritual and ideological place of Moscow in Imperial Russia.Ranging in scope from Peter the Great to Lenin, this book will be of use to all scholars of Russian and Orthodox Church history.

Peter De Simone is an assistant professor in the School of History at Utica College, New York. He received his PhD from Ohio State University and has published in peer-reviewed journals and presented at conferences internationally on the Old Believers.