Eastern Orthodoxy in a Global Age 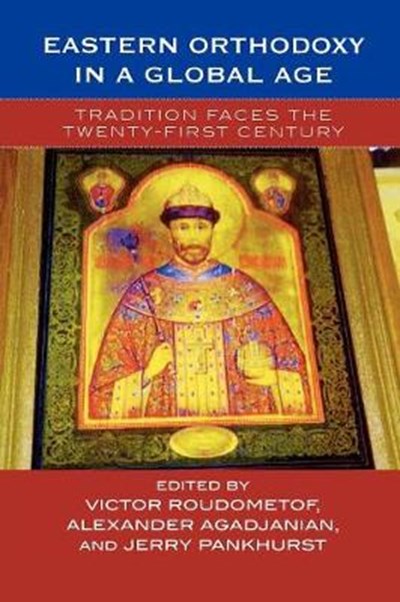 Eastern Orthodoxy in a Global Age

eBook FAQ
Add to Basket
Publisher: AltaMira Press,U.S.
ISBN: 9780759105379
Number of Pages: 280
Published: 07/03/2006
Width: 16.6 cm
Height: 23 cm
Description Author Information Reviews
Despite over 200 million adherents, Eastern Orthodox Christianity attracts little scholarly attention. While more-covered religions emerge as powerful transnational forces, Eastern Orthodoxy appears doggedly local, linked to the ethnicity and land of the now marginalized Eastern Europe. But Eastern Orthodoxy in a Global Age brings together new and nuanced understandings of the Orthodox churches-inside and outside of Eastern Europe-as they negotiate an increasingly networked world. The picture that emerges is less of a people stubbornly refusing modernization, more of a people seeking to maintain a stable Orthodox identity in an unstable world. For anyone interested in the role of Eastern Orthodoxy in the 21st century, this volume provides the place to begin.

Eastern Orthodoxy in a Global Age is a valuable contribution...[It] is a highly welcome addition to the literature of religion and globalization. Oxford University Press Very simply, this is an important book...Throughout the volume, we see that there has been a very thoughtful and thorough scholarly discussion... -- Anton C. Vrame, Holy Cross Greek Orthodox School of Theology Sociology of Religion: A Quarterly Review