Religion and Public Life in the Midwest 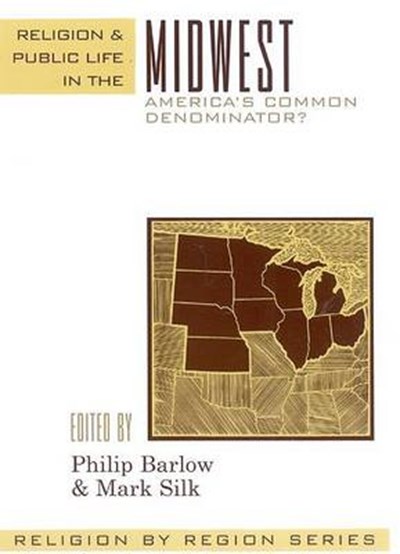 Religion and Public Life in the Midwest

QTY
Add to Basket
Publisher: AltaMira Press,U.S.
ISBN: 9780759106314
Number of Pages: 208
Published: 30/11/2004
Width: 15.2 cm
Height: 22.5 cm
Description Author Information Reviews
Not just in the middle geographically, the Midwest represents the American average in terms of beliefs, attitudes, and values. The region's religious portrait matches the national religious portrait more closely than any other region. But far from making the Midwest dull, "average" means most every religious group and religious issue are represented in this region. Unlike other volumes in the series, Religion and Public Life in the Midwest includes a chapter devoted to a single city (Chicago), a chapter on a single Mainline Protestant denomination (Lutherans), and a chapter on religious variations in urban, surburan, and rural settings. This fourth book in the Religion by Region series does not neglect the pervasive image of the "typical" Midwesterner, but it does let the region's marbled religious diversity come through.

Finally we have a start, a book on midwestern religion. If this relatively slim volume contrasts with the mountain of books on religion in the South, including an encyclopedia and a brand new book on essays, it ought to serve as a spur to more efforts. The Annals Of Iowa