How the Bible Works

An Anthropological Study of Evangelical Biblicism 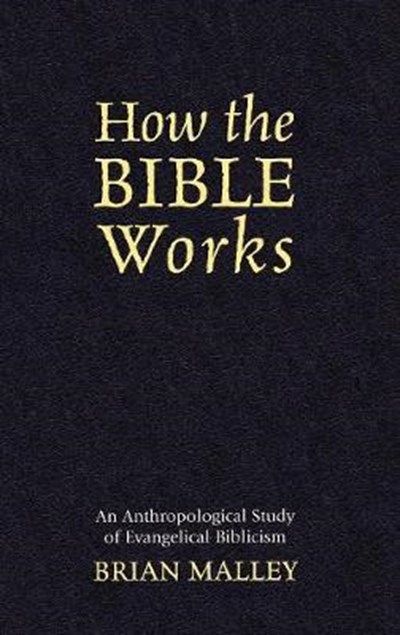 How the Bible Works

An Anthropological Study of Evangelical Biblicism

QTY
Add to Basket
Publisher: AltaMira Press,U.S.
ISBN: 9780759106642
Number of Pages: 184
Published: 12/05/2004
Width: 16.5 cm
Height: 23.4 cm
Description Author Information Reviews
What do evangelicals believe when they 'believe in the Bible?' Despite hundreds of English versions that differ in their texts, evangelicals continue to believe that there is a stable text-'the Bible'-which is the authoritative word of God and an essential guide to their everyday lives. To understand this phenomenon of evangelical Biblicism, anthropologist and biblical scholar Brian Malley looks not to the words of the Bible but to the Bible-believing communities. For as Malley demonstrates, it is less the meaning of the words of the Bible itself than how 'the Bible' provides a proper ground for beliefs that matters to evangelicals. Drawing on recent cognitive and social theory and extensive fieldwork in an evangelical church, Malley's book is an invaluable guide for seminarians, social scientists of religion, or for anyone who wants to understand just how the Bible works for American evangelicals.

Brian Malley's ethnography brims with bold new insights and counter-intuitive ideas about how conservative evangelicals know 'what the Bible says.' After deftly disposing of literalist cliches, he shows how their interpretive traditions combine with an absence of hermeneutic method and their desire for daily relevance to 'bring the Bible alive' for each generation. A must-read for anyone curious about what Bible belief really is and how it happens. -- Susan Harding, University of California, Santa Cruz This is an exciting time for students of religion, with new competing theories drawing on cognitive anthropology and psychology, and on evolutionary biology. With this first in-depth case-study of a religious movement based on these novel ideas, Brian Malley makes an outstanding contribution to the ongoing debates. -- Dan Sperber, French Centre National de la Recherche Scientifique