After The Passion Is Gone 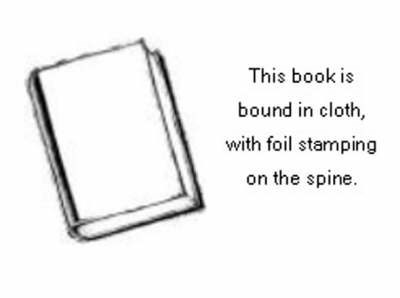 After The Passion Is Gone

QTY
Add to Basket
Publisher: AltaMira Press,U.S.
ISBN: 9780759108141
Number of Pages: 368
Published: 20/01/2005
Width: 23.6 cm
Height: 15.7 cm
Description Author Information Reviews
Mel Gibson's The Passion of the Christ topped box office charts and changed the American religious conversation. The controversies it raised remain unsettled. In After The Passion Is Gone: American Religious Consequences, leading scholars of religion and theology ask what Gibson's film and the resulting controversy reveal about Christians, Jews, and the possibilities of interreligious dialogue in the United States. Landres and Berenbaum's collection moves beyond questions of whether or not the film was faithful to the gospels, too violent, or antisemitic and explores why the debate focused on these issues but not others. The public discussion of The Passion shed light on a wide range of American attitudes-evangelical Protestant, mainline Protestant, Roman Catholic, and Jewish-about media and faith, politics and history, Jesus and Judaism, fundamentalism and victimhood. After The Passion Is Gone takes a unique view of vital points in Christian-Jewish relations and contemporary American religion.

Mel Gibson's The Passion of The Christ unleashed a tsunami of commentary that revealed a great deal about our passions, our fears, and our stereotypes. Commendably, the thought-provoking essays in this volume both analyze and expand that conversation. A most worthwhile book. -- Randall Balmer, Barnard College, Columbia University The Passion has raised passions, some that share the peace of our prayers and faiths, some that do not. The challenge is, with the guidance of prayer and of prayerful and disciplined reasoning, to learn to separate the one from the other. After The Passion is Gone is a worthy effort to pursue this learning. Addressed broadly to a North American readership, this book is of particular use to Jews and Christians who reflect soberly and piously about both the inner light and the public consequences of their devotions. -- Peter Ochs, Edgar Bronfman Professor of Modern Judaic Studies, University of Virginia Amid the astonishing abundance of public commentary on Mel Gibson's film, The Passion of the Christ, this collection of essays is noteworthy for presenting a rich and varied selection of religious, historical, cultural, and artistic perspectives, thus expanding the possibilities for fruitful reflection and dialogue. Journal Of Religion & Society After The Passion is Gone ... will appeal and prove useful to various audiences. The overall lack of disciplinary jargon, the lucid explanations given to the issues addressed in the individual essays, and the diverse perspectives from which the subject matter is engaged make this book accessible to scholars from various fields and to a more general readership. Students of religion and culture will find this book particularly helpful as an example of how religion and popular culture can engage each other from a variety of perspectives and for showing the complexity of the relationship between the two. -- Hollis D. Phelps IV, Claremont Graduate University Journal of Religion and Popular Culture